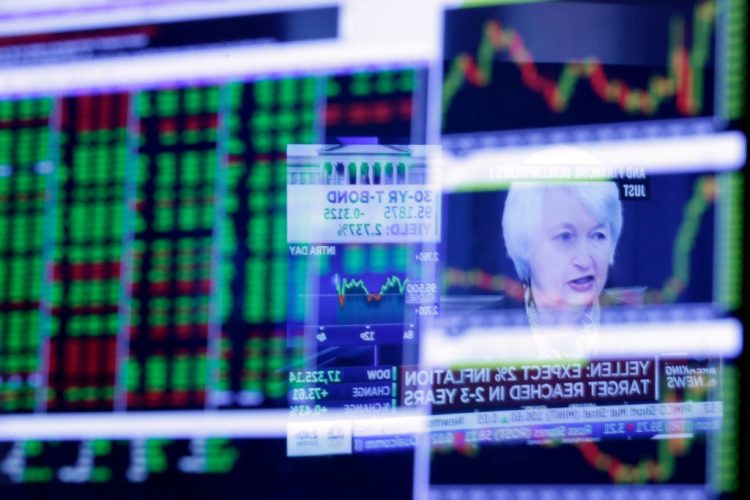 European shares rose sharply on Monday, underpinned by gains among bank sector stocks, while debt collector Intrum Justitia soared to a record high after a merger deal and Siemens rose after a software acquisition.

By 0933 GMT, Europe’s STOXX 600 index rose 1.1 percent. The index was boosted last week after the unexpected win of Donald Trump in the U.S. presidential election fuelled hopes of a huge fiscal stimulus in the world’s largest economy.

That pushed up sovereign bond yields and further bolstered expectations of a rate increase in the United States, prospects that have prompted investors to favour cyclical stocks such as banks over defensive plays like utilities and real estate.

Europe’s STOXX Bank was among the biggest sectoral gainers on Monday, up 1.8 percent, amid a series of reports about possible merger activity in a sector whose margins have been squeezed by sluggish growth and ultra-low interest rates.

Italy’s UniCredit rose as much as 5.8 percent after an Italian news agency reported that the rumour of a tie-up with Societe Generale was circulating insistently in financial circles. UniCredit shares came of highs after UniCredit denied the rumour.

“UniCredit is in the middle of a restructuring and capital increase, but their new boss used to work for SocGen, so it’s plausible in that sense,” Clairinvest fund manager Ion-Marc Valahu said. “The speculation will nevertheless help to jack up the share prices of European banks,” he added.

Commerzbank rose 7 percent after Handelsblatt reported that the would be interested in buying smaller rival Oldenburgische Landesbank from Allianz.

Swedish debt collector Intrum Justitia soared 16 percent to a fresh record high after it said it would merge with Norway-based Lindorff. Its shares led gainers on the STOXX.

London-listed support services firm DCC rose 8 percent after the company said it expected full-year operating profit to be ahead of market expectations.

Among banks, UniCredit rose 4 percent. Over the weekend, Reuters reported that Italy’s biggest bank may seek to raise between 10 billion and 13 billion euros in a share issue.

“We believe the combination with Siemens’ existing software offering puts the company in a strong competitive situation from a system perspective,” said Baader Bank analyst Guenther Hollfelder, who noted how the deal did not look too expensive.

Precious metals miners Centamin, Randgold and Fresnillo fell for the third straight session as gold prices hit their lowest in more than five months, as expectations of a U.S. rate hike in December boosted the dollar.