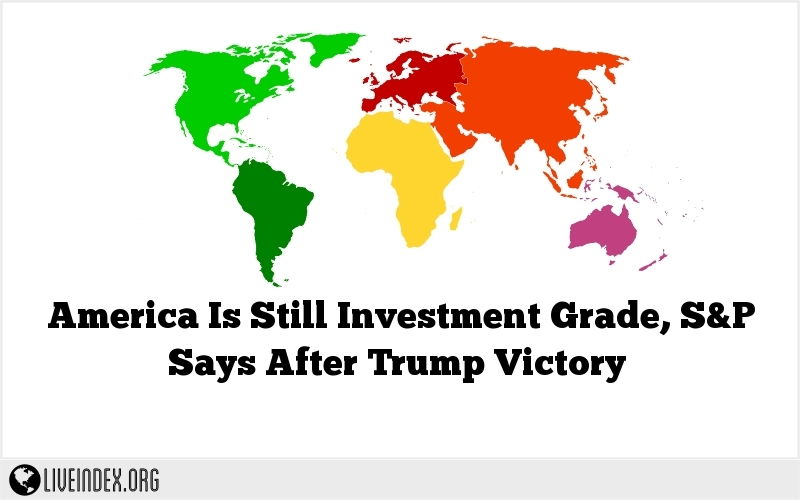 Donald Trump won the U.S. presidential election in a stunning upset, and will take office in January, with the Republicans maintaining majority control of the House of Representatives and the Senate.

“We assume the longstanding institutional strengths and robust checks and balances of the U.S. will support policy execution in a Trump administration, despite the president-elect’s lack of experience in public office, which raises uncertainty on policy proposals,” the ratings agency said.

But S&P added that the United States’ high general government debt and increased uncertainty over its trajectory constrain the ratings of the world’s largest economy.

There is a risk of policy uncertainty and potential missteps given the untested nature of the incoming Trump administration. If these risks eventuate, there could be downward pressure on the rating, S&P said.

S&P said it would raise the rating if it saw evidence that efforts point to more proactive fiscal and public policies that result in a lower debt burden.

Fitch Ratings said on Wednesday that Trump’s victory does not have near-term implications for the United States’ AAA/stable rating.

The medium-term impact of president-elect Trump’s economic and fiscal policies would be negative for U.S. sovereign creditworthiness if they were implemented in full, the ratings agency said.