What A Trump Victory Really Means For The Market

Just like with Brexit, the so-called Wall Street experts scrambled to paint a picture of doom and gloom, warning traders, and markets, that the end of the world is imminent should Trump win, and that stocks could drop by 5%, 10% or more should Donald Trump get elected president. And again, just like in the case of Brexit, they convinced the algos and the momentum chasing traders. Briefly. Because after futures hit the 5% down limit shortly after the market realized it was dead wrong about the presidential election, they have since soared nearly 80 points of the overnight lows and are well above the Friday, pre-Comey close, level.
How come?

Simple: as we have repeatedly said, a Trump victory, coupled with lower taxes, a spike in infrastructure spending, and a surge in debt is precisely what the economy – and a normalized market, one not manipulated daily by central banks – wanted and needed, as it not only will prompt yields to rise, but it will assure even more QE in the near future as foreign buyers of US debt disappear (assuming Trump does not do away with the Fed entirely, which for a man running a real estate empire, he won’t do as he ultimately needs lower rates).

As Trump said overnight, in a far less combative speech than pundits had expected, “We’re going to rebuild our infrastructure…we’re going to put millions of people to work as we rebuild.” A tax-cutting and big-budget extravaganza means Treasuries will have a hard time staying higher, it also means a steepener yield curve, just the thing banks need and explains the jump in bank stocks this morning.

“Fiscal stimulus seems to be the most logical explanation, with Trump and a Republican Congress expected to deliver higher deficits,” Gennadiy Goldberg, an interest-rate strategist in New York at TD Securities told Bloomberg.

A good comprehensive summary of what Trump’s victory really means came from DB’s Jim Reid who said that a Trump win is likely to be viewed negatively across a wide range of assets in the short-term but the range of medium-term outcomes are much wider.

So as the trend is already pointing to, expect lower risk assets at first, lower bond yields on a flight to quality but then higher yields once his spending plans are digested and an equity market that might at some point benefit from reflationary policies but with greater risks (lower trade and global openness) and higher volatility.

First Brexit, now Trump and the 2016 anti-establishment triumvirate could be formed in less than 4 weeks by a ‘No’ in the Italian constitutional reform referendum. The political world is changing and the consequences are likely huge over the years ahead. As we discussed as the main theme in our long-term study in September (An Ever Changing World), the 35-year super cycle in assets, politics, policy and globalisation has likely turned.

Furthermore the sharp rebound in December rate hike odds suggests that the market is certainly not worried that Trump will crush the economy overnight, and that Yellen may well go ahead with a December rate hike after all (even if it means pushing the US into a recession, then cutting rates and launching the much desired QE4).

There is also more good news for coal and other energy companies, who are certain to benefit as Trump moves the US away from the progressive “clean” agenda.

Not everyone will benefit: now that Republicans have swept the US government for the first time since 1928, it means Obamacare is over – just a matter of time – and Affordable Care Act-vulnerable stocks such as Universal Health Services, AmSurg and Mednax will likely plunge; on the other hand pure pharma stocks like MCK and ABC will benefit as rhetoric on drug pricing will diminish significantly, leading to more stable earnings if/when changes in drug pricing become more stable.

And while we will have much more to say about this in the coming days, here is a good “first take” from Bank of America’s Michael Hartnet.

Here’s a quick take on the impact of Donald Trump’s victory in the US Presidential election on the macro and the markets.

1. What does the Trump victory signify? 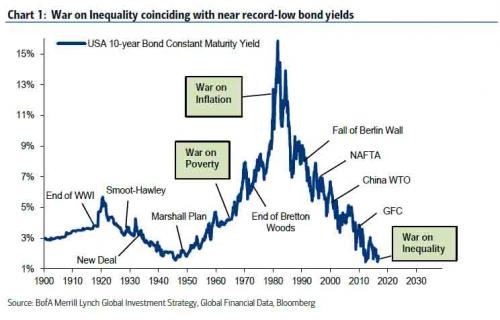 2. Does US election result change our asset allocation views?

No. We are currently overweight commodities, real estate, stocks and underweight bonds. Trump victory will cause short-term risk-off and preference for Developed Markets over Emerging Markets. Rotation towards assets, sectors, markets that benefit from higher inflation and steeper yield curve may take longer to play out but destination is clear. 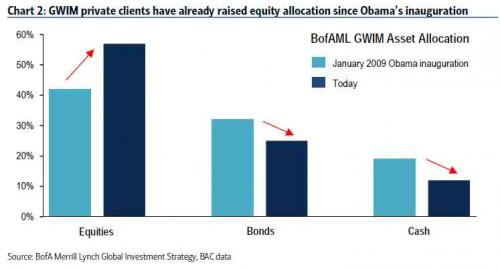 3. Does the US election result change our views on the macro and policy?

Yes, at least initially. Economists are likely to lower growth estimates due to “policy uncertainty”. The election takes place amidst an improving global economy with global earnings revision ratios at 5.5-year highs, global PMI’s at their highest levels since early- 2014, Asian exports at 12-month highs and US wage growth at 7-year highs. Trump’s victory could temporarily derail stronger growth, higher rates narrative by raising expectations of a) protectionism, b) the Italian referendum following Brexit and US election as repudiation of elites and c) the Fed keeping rates on hold in December.

The Fed will likely be on hold in December. Trump’s criticism of Fed Chair Yellen is likely to unsettle global Treasury investors. On fiscal policy, he will likely push for tax cuts for individuals and businesses and a bipartisan deal to repatriate $ 2tn in foreign earnings at lower tax rates to fund federal infrastructure spending. 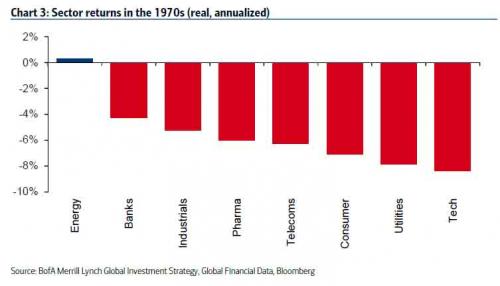