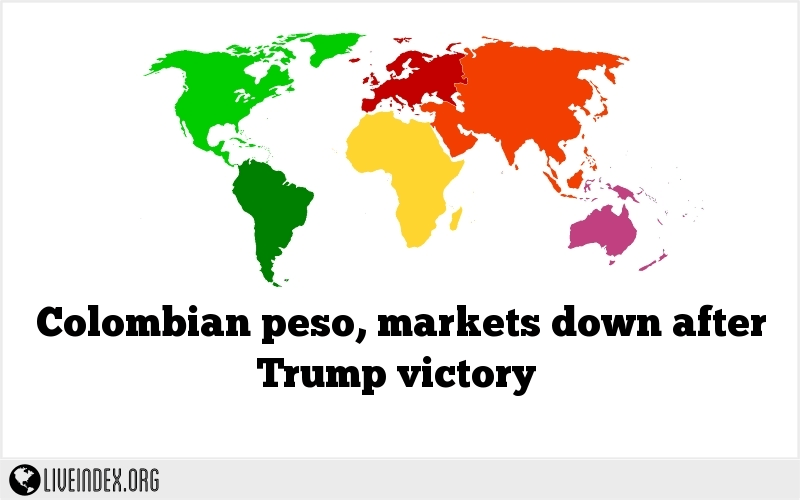 BOGOTA : Colombian markets suffered in early trading on Wednesday after voters in the United States unexpectedly elected Donald Trump as president.The Trump victory prompted a market selloff in Latin America, including a more than 13 percent tumble in the Mexican peso.

“All emerging markets are being slaughtered right now and I don’t think we’ll be the exception,” said Daniel Escobar, chief economist at Global Securities brokerage in Bogota. “We’ll see what happens after the first hit.”