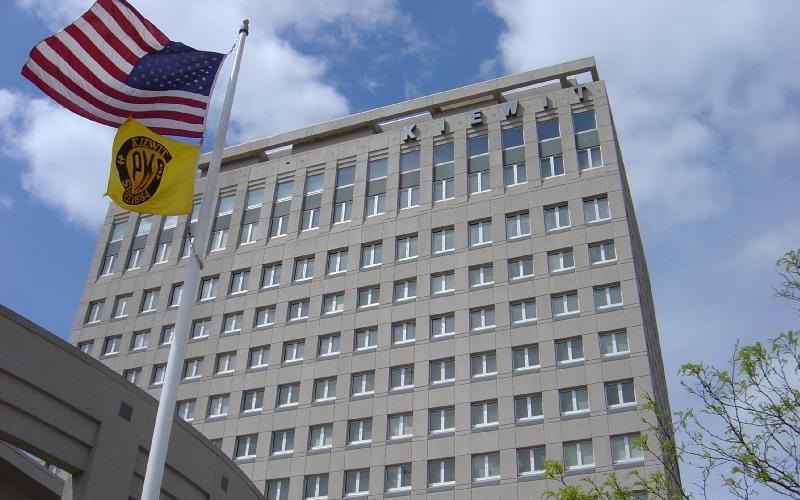 The company also reported a $ 22.1 billion stake in Wells Fargo & Co (WFC.N) as of Sept. 30, suggesting it held onto its 10 percent ownership position even as the bank became embroiled in a scandal over its creation of unauthorized customer accounts.

That missed the average $ 3,058.10 per share forecast of analysts polled by Thomson Reuters I/B/E/S, in part reflecting weaker results at the Geico auto insurer and BNSF railroad, and falling demand from customers in industrial sectors.

Revenue was nearly unchanged at $ 59.1 billion. Book value per share, Buffett’s preferred measure of growth, rose 2.4 percent from the end of June to $ 163,783.

The company also ended September with $ 84.84 billion of cash, more than enough for big acquisitions, such as the $ 32.1 billion takeover of aircraft parts maker Precision Castparts Corp.

Berkshire said the January purchase of Precision was a key factor behind the increase in operating profit.

Since taking over Berkshire in 1965, Buffett has built a conglomerate with roughly 90 businesses including Brooks running shoes, Dairy Queen ice cream and Fruit of the Loom underwear.

Though the value of Berkshire’s investment in Wells Fargo dropped from $ 23.7 billion at the end of June, the decline could be attributable to the more than 6 percent drop in Wells Fargo’s share price during the quarter.

That suggests that Berkshire has kept its roughly 500 million shares in the third-largest U.S. bank.

Buffett has over the years repeatedly praised Wells Fargo, whose stock Berkshire has owned since 1989, and this year asked the U.S. Federal Reserve for permission to buy more.

But he also warned that companies guard against the kind of reputational damage that Wells Fargo has suffered over the sham accounts, estimated to number up to 2 million, which have prompted a variety of potentially costly regulatory probes.

Buffett has said he would talk this month about the scandal, which emerged on Sept. 8 when the bank agreed to pay $ 185 million in fines to settle charges by U.S. regulators and a Los Angeles prosecutor.

Geico saw pre-tax underwriting gains slide by 47 percent in the quarter, as higher losses from storms and accidents offset increases in premium rates.

But float, or the amount of insurance premiums collected before claims are paid and which help fund Berkshire’s growth, rose to $ 91 billion from $ 90 billion at the end of June.

Profit from manufacturing, service and retailing companies rose 45 percent to $ 1.7 billion, as the addition of Precision helped offset “sluggish demand” for other industrial products, especially for the oil and gas and heavy equipment industries.

BNSF saw profit fall 12 percent to $ 1.02 billion, hurt by a decline in coal and petroleum shipments that has dampened results this year and which Berkshire expects to persist.