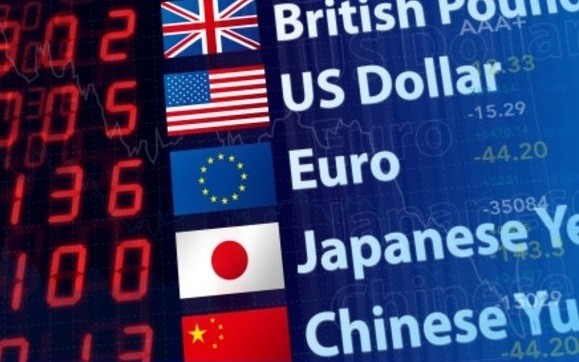 Dollar skids on U.S. election jitters, with jobs data ahead

The dollar’s losses deepened on Thursday as positioning for next week’s U.S. presidential election overshadowed the Federal Reserve’s latest review, where policymakers signaled they were on track to hike rates next month.

The dollar shed its early modest gains and skidded against the yen with markets in Japan closed for a public holiday.

“The Fed didn’t really tell us too much that we didn’t already know. The focus in FX is still on the narrowing lead that Clinton has over Trump,” said Sue Trinh, head of Asia FX strategy at Royal Bank of Canada in Hong Kong.

“And that’s seeing a conventional risk-off move in markets in thin liquidity, with Tokyo out,” she said.

While Democratic candidate Hillary Clinton, seen as the status quo candidate for markets, remained ahead in many polls before Tuesday’s vote, some investors have begun pricing in the possibility of victory for her Republican rival Donald Trump.

An average of polls compiled by the RealClearPolitics website showed Clinton just 1.7 percent ahead of Trump nationally on Wednesday, with 47 percent support to his 45.3 percent. But a Reuters/Ipsos daily tracking poll released on the same day showed Clinton ahead by 6 percentage points among likely voters.

Further denting risk sentiment in Asia, a U.S. naval base at Sasebo, in western Japan, was put on lockdown after reports of gunshots. A Navy spokesman said there was no confirmation of an active shooter, and the base returned to normal activities.

“Clearly, in any environment when risk aversion picks up, the yen remains the ideal safe-haven currency,” said Mitul Kotecha, head of FX strategy at Asia-Pacific for Barclays in Singapore.

“And also, you can’t ignore the fact that the BOJ didn’t move on policy. That wasn’t a surprise, but it does seem now there is a sense that further action is some way off,” he added.

The Bank of Japan refrained from expanding its stimulus on Tuesday despite pushing back the time frame for hitting its 2 percent inflation target.

The Fed kept interest rates unchanged on Wednesday as widely expected in its last policy decision before the Nov. 8 vote, and signaled it could hike rates in December as the economy gathers momentum and inflation picks up.

Traders were pricing in a 72 percent likelihood that the Fed will raise interest rates in December, according to the CME Group’s FedWatch Tool.

On Friday, the key U.S. nonfarm payrolls report will be released, and could reinforce or undermine those hike bets. Employers are expected to have added 175,000 jobs in October, according to the median estimate of 106 economists polled by Reuters.

The dollar slipped 0.3 percent against the Swiss francCHF= to 0.9696 franc, gearing up to test its overnight low of 0.9691 which was its lowest level since Oct. 3.

The dollar index .DXY, which tracks the greenback against a basket of six major currencies, dipped 0.3 percent to 97.089 after dropping as low as 97.079, its lowest since Oct. 11.

The Australian dollar was nearly flat against its U.S. counterpart at $ 0.7656 AUD=D4, but skidded 0.7 percent against the resurgent Japanese currency to 78.57 yen AUDJPY=, its lowest since Oct. 14.

The Mexican peso, considered a proxy for Trump’s campaign due to that candidate’s vows to curb immigration and reconsider trade relations, fell to more than one-month lows against the U.S. dollar.

The Mexican currency retreated to as low as 19.5172 pesos per dollar MXN=, its weakest since Sep. 30.