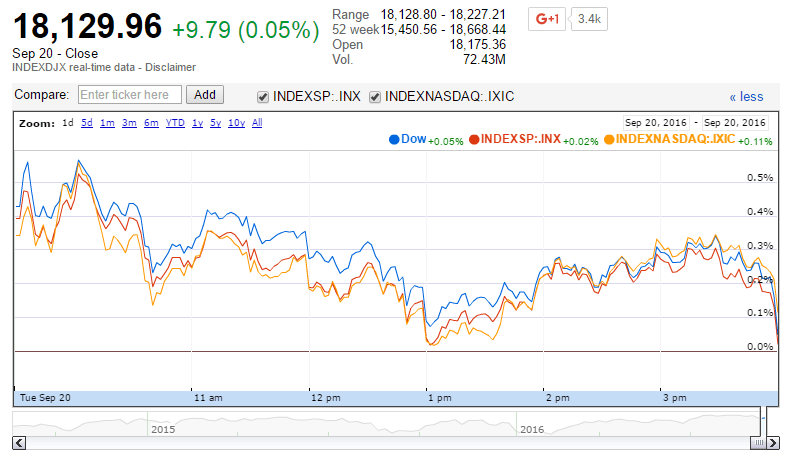 On Tuesday, stocks traded mostly flat with gains just above zero for the day as investors awaited results from central bank meetings at the Fed and Bank of Japan. The Bank of Japan’s central bank policy meeting will conclude Tuesday evening at 11:00 PM EST and the Fed will conclude Wednesday afternoon. The BOJ could lower its central bank rate further into negative territory while the Fed could increase its rate.

For Tuesday, Housing Starts was the only leading report on the economic calendar. Housing starts increased to an annualized rate of 1.142 million from 1.212 million. The consensus was for housing starts to decrease to 1.190 million.

For the day stocks trading actively in the market included the following:

In the Dow Jones Industrial Average, the following stocks led gains for the day:

In commodities, gold traded higher as evidenced by the SPDR Gold Trust which reported a gain of 0.12 points or 0.10 percent. The dollar was higher for the day as the U.S. Dollar Index gained 0.15 points or 0.16 percent to 96.01.