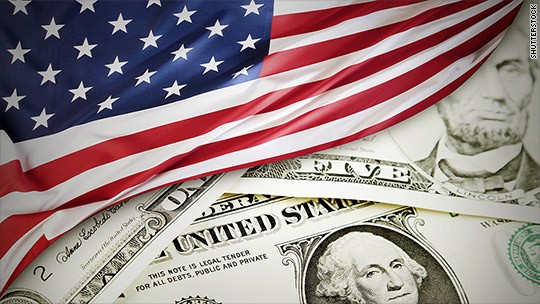 The latest evidence of a weakening U.S. Economy

The latest data suggest the U.S. economy could be weakening again…First, the Institute for Supply Management’s (“ISM”) index of manufacturing unexpectedly dipped again last month. It fell to 49.4 in August, down from 52.6 in July. (Readings below 50 indicate contraction, while readings above 50 indicate growth.)

August’s decline marks the first contraction since February and ends the economy’s seven-month streak of slow growth. More important, data show the U.S. services sector – which now represents roughly 80% of the economy – is on the verge of contracting, too…

ISM’s non-manufacturing index fell to a six-year low of just 51.4 in August from 55.5 in July. Analysts had expected 54.9, according to a Bloomberg survey.

This is the index’s lowest reading since February 2010, and its biggest one-month decline since November 2008. ISM also noted that seven of the 18 non-manufacturing industries it tracks are already in contraction, including retail, arts and entertainment, and transportation and warehousing, among others.

While one month doesn’t make a trend, it’s concerning to see two key measures of economic activity suffer steep drops after months of official expansion. In addition, a recent study from Harvard and Princeton shows that the job market isn’t as healthy as government data might suggest.

These are temporary, on-demand, and/or independent-contracting jobs that pay less, provide no benefits, and offer fewer and less-reliable hours compared with traditional work.  And now these workers are starting to realize that they can’t count on their wages staying the same.

The Financial Times reports that when on-demand transportation company Uber launched its “UberEats” app in London, it initially offered £20 an hour. But as customer demand increased, Uber reduced pay…

These workers are paid, judged, and fired based on an algorithm. That’s great for customers… It costs less to get a taxi or food delivered to your door.

A recent paper written by researchers at Uber, an Oxford professor, and two University of Chicago professors – including Freakonomics author Steven Levitt – concludes that for every dollar spent by consumers on Uber’s taxi service, they receive $ 1.60 worth of value. According to Bloomberg…

That’s an unusually high amount of “consumer surplus,” as it is called by economists. It means there aren’t that many close substitutes for Uber at prevailing prices, as moving people around is something the U.S. does not do especially well.

But algorithms aren’t as popular with workers. And the “gig economy” is likely to get far worse before it gets better – if it ever does.

Case in point… Uber recently launched its first self-driving car fleet in Pittsburgh – about 100 modified Volvo sport utility vehicles – as the first commercial attempt at taxis without the need for an active driver at the wheel. And last month, carmaker Ford Motor (F) announced that it would put self-driving taxi fleets on U.S. streets within five years.

This shouldn’t be a surprise to anyone who has been paying attention. As Stansberry Research founder Porter Stansberry predicted two years ago… As computers get way more powerful, as networking gets better, as GPS gets better, there are all kinds of jobs that are going to get taken over by some kind of computing, whether it’s robotic computing or just network computing. Jobs are going to disappear.

Don’t get too comfortable, Uber drivers. In the past few years, Uber has developed revolutionary technology that has changed how we get to the airport, get home from a ballgame, or go from place to place on a business trip.