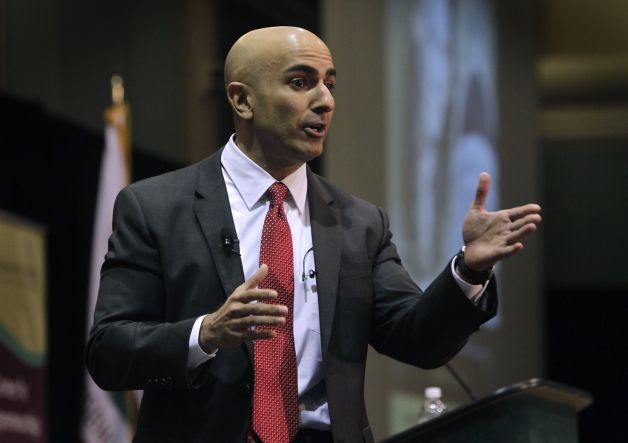 With the Federal Reserve powerless to do much more than it already is, the best route to faster U.S. economic growth is through non-monetary policy approaches such as immigration and tax reform, a top Fed official argued on Monday.

In a 5,100-word essay released just after midnight, Minneapolis Federal Reserve Bank President Neel Kashkari noted that the U.S. labor market is “closer to normal” but that inflation is still below the Fed’s 2-percent target and economic growth is well below precrisis norms.

“Monetary policy is largely doing what it can to support a robust recovery, and what remains are fiscal and regulatory policies,” Kashkari wrote in the essay, published on the last day before Fed officials enter a weeklong communications blackout prior to each policy-setting meeting.

Kashkari sketched out a wide range of possible reasons for slow U.S. economic growth, concluding that the most likely causes are an aging population, psychological scarring from the financial crisis that makes households and businesses unwilling to take risks, and “lackluster technological innovation.”

To address those problems, he said, the government could boost spending on basic research, rebuild worn-out infrastructure, streamline regulations and the tax code, and otherwise take small steps with little downside risk and plenty of potential.

But government, and the Fed, should be wary of policy change that poses too much potential for harm, he argued. Raising the Fed’s inflation target is one such approach, he suggested; massive government spending is another.

“I am skeptical that a large-scale expansion of government spending by itself is the best way forward, since larger fiscal deficits will lead to higher expected future taxes, which could further undermine private sector confidence,” he wrote.

Fed officials in recent months have stepped up calls for structural fixes to the economic doldrums, saying that monetary policy alone is not enough.