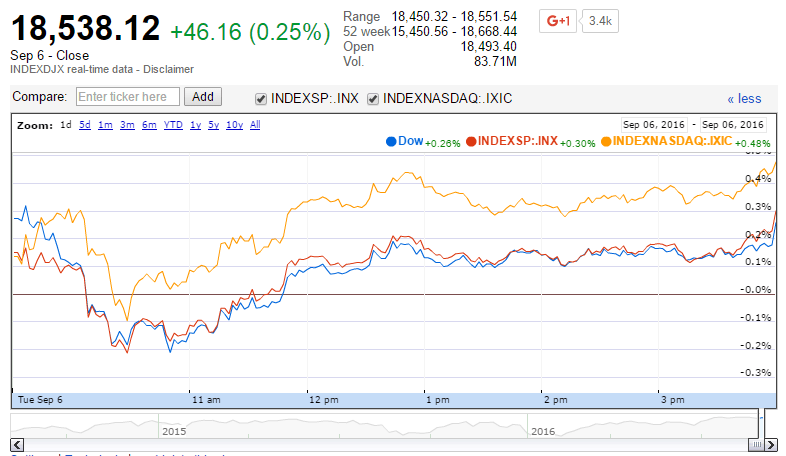 Despite the lower report, the market gained Tuesday as investors were satisfied with Friday’s employment data and also seem more comfortable with the Fed’s plans for a rate increase.

Other leading economic reports released on Tuesday included the Gallup U.S. Consumer Spending Measure and the Labor Market Conditions Index. The Gallup U.S. Consumer Spending Measure showed consumers spending an average of $91 per day in August, down from $100 per day in July. The Federal Reserve’s Labor Market Conditions Index was lower in August. The Index reading for August was -0.7 which was down from 1.3 in July.

Top sectors for the broad market were energy and utilities. Technology was higher for the day with S&P 500 technology companies gaining 0.51 percent. Stocks leading gains in the technology sector included the following: