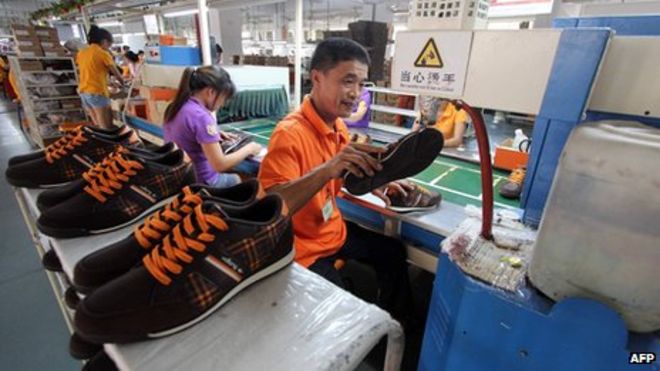 BEIJING : Activity in China’s manufacturing sector picked up unexpectedly in August but gains were modest, an official survey showed on Thursday, suggesting the world’s second-largest economy is steadying but still sluggish.

The better-than-expected reading may reinforce growing views among investors that China’s central bank will be in no hurry to cut interest rates or banks’ reserve requirements any time soon, for fear of adding to high debt levels or fuelling asset bubbles.

That is leaving the economy more reliant on higher government spending such as on infrastructure projects, boosting demand for materials from cement to steel and easing strains on ailing heavy industries.

The official Purchasing Managers’ Index (PMI) rose to 50.4 in August, compared with the previous month’s reading of 49.9 and above the 50-point mark that separates growth from contraction on a monthly basis.

Analysts polled by Reuters had predicted a reading of 49.9 for the second month in a row.

The factory output index rose to a solid 52.6 in August from 52.1 in July, and total new orders expanded significantly to 51.3, compared with July’s 50.4.

Factory activity in China recovered slightly in the first quarter thanks to increased government spending and a housing boom, but has been on a mild downward trend since.

However, a government spokesperson said after the profit data that an obvious improvement in demand is still not in sight.

The profit gains may be due more to rebounding prices for commodities such as steel and other building materials than a sustained improvement in actual demand.

To curb air pollution, Beijing ordered hundreds of industrial plants to close ahead of China’s first summit of G20 leaders in Hangzhou next week. That may have encouraged some producers to boost output ahead of time.

In another sign that business conditions remain tough, factories continued to cut staff, though at a slightly slower pace. The employment sub-index edged up to 48.4, compared to 48.2 in July but still in contraction territory.

China has vowed to quicken the pace of cutting excess steel and coal capacity in coming months after falling behind this year, raising the risk of more layoffs and debt defaults, which could further strain the banking system.

The government has depended on big state firms for growth this year as private investment cools rapidly.

A similar business survey showed activity in China’s services sector continued to expand, though at a slightly more modest pace. The official services reading was 53.5 in August, compared with 53.9 in July.

A measure of the construction industry grew at a slower pace with a reading of 58.2, still robust but down from 61.1 in July.

China is counting on growth in services to offset persistent weakness in manufacturing and exports that has helped drag economic growth to a 25-year low.