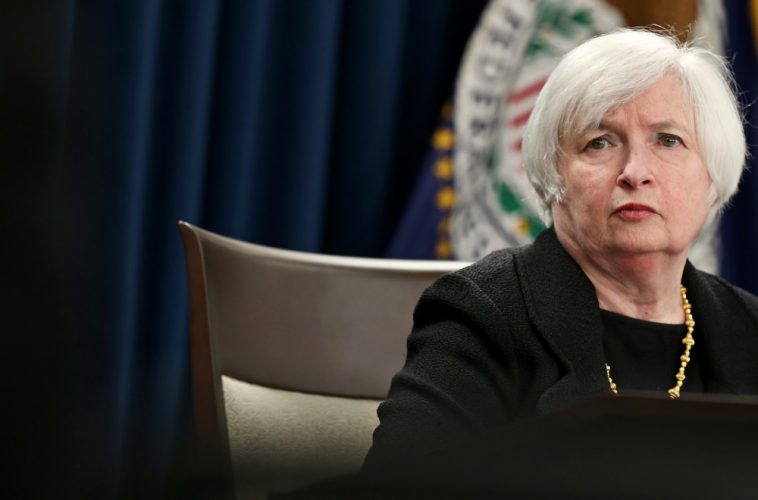 NEW YORK : Investors trimmed risk assets before a gathering of central bankers on Friday, pulling $ 6.4 billion from U.S.-based stock funds in a course-reversal during the week ended Aug. 24, data from Lipper showed on Thursday.

The outflows, which came a week after cash poured into stock funds for the first time in five weeks, are the last data showing U.S. fund investors’ behavior before Federal Reserve Chair Janet Yellen speaks at an annual central bankers’ conference in Jackson Hole, Wyoming.

Yellen is expected to shed light on whether an interest-rate hike is likely in 2016, a move that could force a reevaluation of assets, such as corporate bonds and emerging market stocks, which have performed well this year.

“Everybody’s keeping their eyes on Jackson Hole,” said Tom Roseen, head of research services for Thomson Reuters Lipper. “People are waiting for the catalyst” to drive the market one way or another, Roseen said.

Largely actively managed equity mutual funds posted $ 4.1 billion in withdrawals, while mostly passive equity exchange-traded funds (ETFs) sank by $ 2.3 billion during the week. In both cases the result adds to woes for stock funds, which have netted assets in just six of the last 34 weeks tracked by Lipper.

Another sign of the focus on the Fed: investors added $ 299 million to “loan participation funds,” marking the first time that category has taken in money for four weeks straight since April 2014. The funds offer yields that increase as rates rise.

Emerging markets continued to be popular bets, with stock funds targeting that asset class taking in $ 620 million for their eighth consecutive week of net new cash. Bond funds focused on the developing markets added $ 222 million and their tenth straight week of inflows.

Yield-starved investors have turned to those markets for potentially greater returns. European stock funds’ outflows accelerated to $ 1.2 billion, their largest since the week ended July 6. The funds have now posted outflows for the past 12 weeks, according to Lipper.

Taxable bond funds in the United States remained a popular place for investors searching for relative safety and higher yields. Those funds took in $ 2.7 billion during the week, their third straight week of inflows, the data showed.