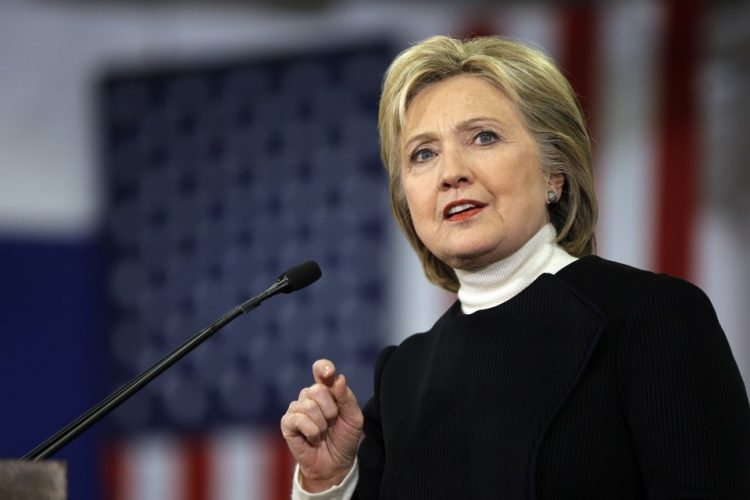 Hillary Clinton is very fond of one number: 10 million. She likes to remind Americans that her economic plan will add 10 million jobs, while Republican Donald Trump’s policies will cause 3.4 million job losses.

“According to an independent analysis by a former economic adviser to Senator John McCain, if you add up all of Trump’s ideas, the result would be a loss of 3.4 million jobs,” she says. “By contrast, the same analyst found that with my plans, the economy would create more than 10 million new jobs.”CNNMoney rates this statement as “true, but misleading.”

1. These are estimates.
You have to be skeptical. Economists are even worse at predicting the future than weather forecasters. A popular joke is: “economists have forecasted nine out of the last five recessions.”

2. These job numbers come from only one source:
Moody’s Analytics. When CNNMoney reached out to other prominent economic forecasting groups, most said they wouldn’t attempt to predict something like this because it’s nearly impossible to do. The candidates haven’t given enough details about their economic plans.

3. A conservative economist didn’t calculate these.
Clinton is misleading when she tries to paint these figures as coming from a conservative economist. Mark Zandi leads the Moody’s Analytics team. He did advise McCain, but he also strongly backed President Obama’s stimulus package, and he also donated the maximum amount allowed to Clinton’s presidential campaign in 2015.

4. If Clinton did nothing, the economy would still add 7.2 million jobs.
It’s a stretch for Clinton to take credit for her policies adding 10 million jobs for America. In reality, Moody’s says her plans would add about 3 million additional jobs that wouldn’t have happened without her.

A better time frame is to look at what happens from the day a president takes office (January 2017) to the end of the first term (January 2021). In that period, Moody’s finds 8.8 million job gains for Clinton and 3.5 million job losses for Trump.

6. Immigrants would get a lot of the Clinton jobs.
About half of the job gains for Clinton are because of her immigration plan. She wants to give more visas to highly-skilled workers (think: computer science PhDs) and more green cards to family members of legal permanent residents. She also envisions a path to citizenship for immigrants in the U.S. illegally right now. Most economist agree that more workers (especially skilled workers) would boost U.S. economic growth, but it’s important to note that a lot of the job gains would be going to immigrants.

“I think the lesson you learn from the [Moody’s] Clinton analysis is she’s got nothing, except let’s bring in more workers,” says Doug Holtz-Eakin, head of the right-leaning American Action Forum and McCain’s lead economic adviser for his 2008 presidential run.

7. The Moody’s model relies on a ton of assumptions.
Moody’s deserves credit for being very transparent about its assumptions, but the point is there are lots of them. If you tinker a bit with those, you can get very different results.

Economist Holtz-Eakin notes that the Moody’s model “is fundamentally Keynesian.” Translation: It doesn’t show much economic boost from cutting taxes or scaling back regulations. Both of those are key to Trump’s plan. His campaign has criticized Moody’s for heavily underestimating the growth that would come from business and individual tax cuts.

Another criticism of the Moody’s model is that it shows a massive spike in borrowing costs under Trump. Moody’s has the 10-year Treasury yield going from under 1.6% now to 8.6% by 2018. That is a big drag on economic growth and job creation. Why would any business or person want to spend money or hire workers when they can park cash in bonds and earn over 8%?

While Trump’s big tax cuts could force the Federal Reserve to raise interest rates (and thus raise borrowing costs), it’s hard for some to believe the Fed would hike rates so high so quickly.

In contrast to the Trump analysis, Moody’s only has the 10-year yield rising to 4.2% by 2018 under Clinton.

8. Wages still don’t grow much under Clinton.
Economist Joel Prakken, cofounder of Macroeconomic Advisers, points out that too much emphasis has been placed on the jobs numbers alone in the Moody’s model. You have to also consider pay.

“The numbers are printed to several decimal points, but that doesn’t mean they’re accurate,” says Prakken.