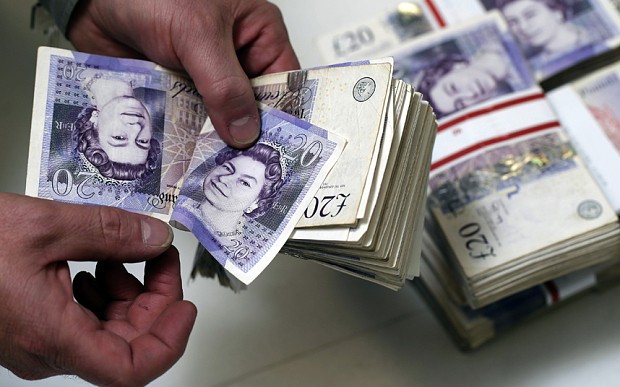 LONDON : Sterling eased on Wednesday, treading water close to three-year lows against the euro before June employment and wages data.

The jobless rate is expected to have hovered just below 5 percent while average wages are likely to tick up a bit. But the data is unlikely to shed much light on the state of the economy as it covers the period prior to Britain’s vote to leave the European Union.

“Considering that these are pre-referendum data, and that some July data are already out, we expect them to attract less attention than usual,” said Sakis Paraskevov, a senior analyst at IronFX Global. “As a result, the reaction in the pound may be limited, unless we have significant surprises.”

Against the dollar, sterling was down 0.2 percent at $ 1.3023 after getting a lift on Tuesday from slightly higher-than-expected inflation data as the post-Brexit fall in the UK currency pushed up import prices.

Analysts said in a market where speculators held record high bets against sterling, stronger-than-expected data could provide an excuse to trim positions. But a rally is likely to be temporary, given the outlook for British interest rates and the economy.

Analysts said higher inflation readings in the coming months would not change the BoE’s monetary policy outlook. A lower currency tends to push up prices of imported goods, but the BoE has said it would look through this while deciding policy.

“The BoE has made it clear that it can tolerate an inflation overshoot and will remain very accommodative, supporting our $ 1.24 target for sterling/dollar,” Morgan Stanley analysts said in a note.