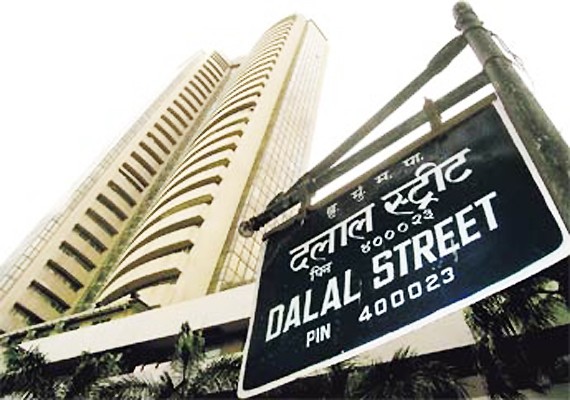 Infosys is down 2 percent from previous close while Tata Motors, HDFC Bank are down. ITC and PowerGrid are up.

The Indian rupee opened marginally higher at 66.85 per dollar on Tuesday versus 66.89 Friday.

Information technology giant Infosys has lost out on a 300-million pound 5-year contract in the BFSI space with Royal bank of Scotland (RBS) deciding against the planned spin-off of Williams & Glyn as a separate entity, reports CNBC-TV18. In a statement, RBS cited high costs and risks as the reason to discontinue its plan to list William and Glyn as a separate bank, adding, it is now looking at alternate means of divestment.Infosys was awarded the contract in 2013 for setting up the IT backbone for Williams and Glyn. IBM and Infosys had jointly bagged this contract, but IBM’s role in the project was significantly smaller, since Infosys was responsible for providing consultancy services, developing applications, and testing IT systems for over 314 branches of Williams and Glyn to get these branches ready to operate as a separate standalone UK bank. “Subsequent to this decision (of not creating a separate subsidiary), [we] will carry out an orderly ramp-down of about 3,000 persons, primarily in India, over the next few months,” an Infosys release said.

State Bank of India (SBI), which saw a sharp decline in its slippages in the first quarter, is expecting strong growth in advances to counter pressure on margins. “Margin depression due to bad loan creation will hopefully reduce,” says SBI’s Chairman Arundhati Bhattacharya. Pressure will also reduce as deposit rates come down along with cost of funds. The country’s largest public sector lender reported a 31.7 percent dip in net profit to Rs 2,520.96 crore while the net interest income rose 4.2 percent to Rs 14,312.31 crore in Q1.

The dollar fell against a basket of currencies, undermined by recent soft US economic data that tempered expectations of a Federal Reserve interest rate hike this year.

Ashutosh Raina of HDFC Bank said, “The expectations of more stimulus from Japan and China, coupled with jump in global oil prices, is helping the global positive sentiment. The markets will also await the Fed July FOMC meeting minutes to get some cues about future hikes.”

Asian shares rose to one-year highs, extending their gains so far this year to almost 10 percent, helped by a jump in oil prices and investor expectations of continued easy monetary policy around the globe.

Oil prices hit one-month highs on Monday, gaining 10 percent or more in a three-day rally as speculation intensified over potential producer action to support prices amid a glut of crude.

Although Fed officials have said a rate hike is possible by the end of year, investors are not convinced the Fed can raise rates this year at all given the fragile global economic outlook. Its December rate hike was the first in almost a decade.

Mixo Das of Nomura says having recommended a bullish stance on Asian equities since Brexit, he now recommends shifting to a neutral stance.

The MSCI Asia ex-Japan index is up 12 percent since the Brexit lows and further gains will not come easy, according to him.

The broader earnings trend has shown some improvement in Asia but he believes it is really a surge in foreign buying that has pushed markets higher recently.

The recent pace of inflows has been very rapid, sentiment levels are elevated and the policy easing expectations that triggered the post-Brexit rally have largely been digested, says Das.