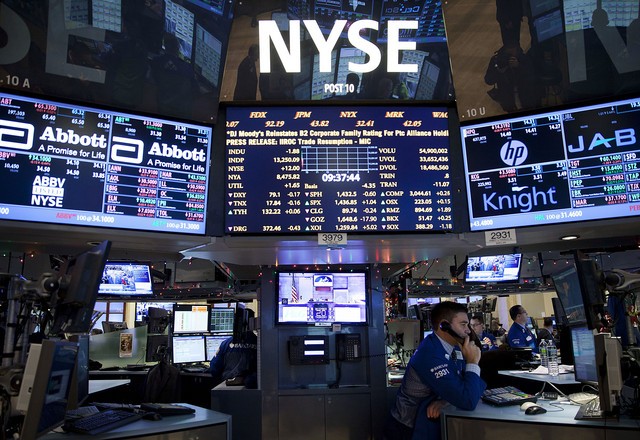 U.S. stock futures on Wednesday pointed to a rather flat open keeping the market on track for another day. Angus Nicholson, a market analyst for IG, in a note said, “Volumes have been very low as investors seem to be waiting for major market catalysts.”

In other markets, Oil futures CLU6, +0.33% traded lower as a result of the upward revision in the outlook for U.S. crude production hence discouraging investors. Also, the skepticism over the success of producers’ talks to freeze output weighed on oil futures.

European stocks SXXP, -0.14% were slightly changed, while Asian markets ended mixed, after the Yen strengthened keeping the Nikkei in check. Gold futures traded higher, as a key dollar index DXY, -0.54% dropped. The dollar index .DXY declined for the second consecutive day as weak U.S. productivity data on Tuesday to some extent reduced the prospects of economic growth and would likely discourage the Federal Reserve from hiking interest rates.

As Q2 earnings season winds down and no market-moving news expected to shake up things for Wednesday, investors remained dull and are anticipating more catalysts to drive stocks higher. According to Thomson Reuters I/B/E/S, 70 percent of the 447 S&P 500 companies that have reported results so far have beaten earnings expectations.

Shares of Walt Disney (DIS.N) dropped 1.3 percent in premarket trading, after the company’s earnings report was released overnight, and the company bought a 33% stake in video-streaming firm BAMTech.

Yelp (YELP.N) climbed 12.6% to $36.74 after the company rose to a surprise profit and increased its full-year revenue forecast.