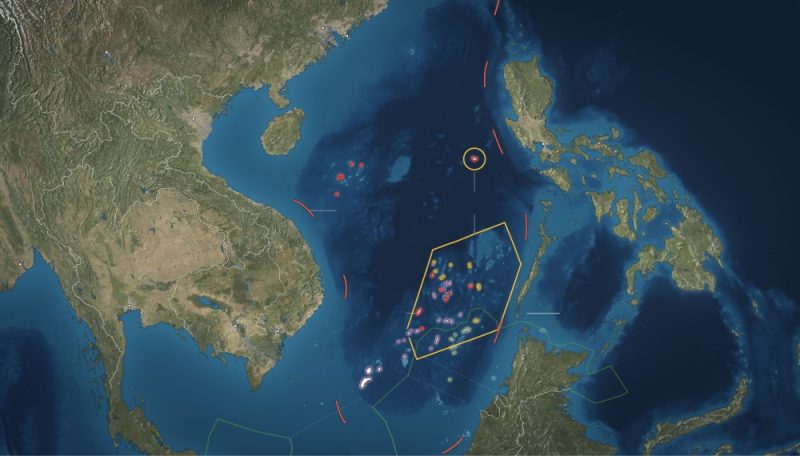 The hangars on Fiery Cross, Subi and Mischief Reefs in the Spratly islands have room for any fighter jet in the Chinese air force, the Center for Strategic and International Studies (CSIS) said in a report on the photographs.

The images have emerged about a month after an international court in The Hague ruled against China’s claims in the resource-rich area, a decision rejected by Beijing. China claims most of the South China Sea, through which $ 5 trillion in ship-borne trade passes every year. The Philippines, Vietnam, Malaysia, Taiwan and Brunei have overlapping claims.

The United States has urged China and other claimants not to militarize their holdings in the South China Sea.

CSIS said that apart from a brief visit to Fiery Cross Reef by a military transport plane earlier in the year, “there is no evidence that Beijing has deployed military aircraft to these outposts.”

The rapid construction of the hangars, however, “indicates that this is likely to change.”

A U.S. defense official, speaking on condition of anonymity, said it was unlikely the hangers would be used for civilian purposes.

“It’s not like the hangers are for mail planes, they are likely for jets,” the official said.

The official added, however, that the Chinese move was seen as skirting around the line rather than crossing it, and there would be increased concern if China actually moved in military aircraft and started using a reef as a forward operating base.

China has repeatedly denied doing so and has in turn criticized U.S. patrols and exercises for ramping up tensions.

“China has indisputable sovereignty over the Spratly islands and nearby waters,” China’s Defence Ministry said in a faxed response to a request for comment on Tuesday.

“China has said many times, construction on the Spratly islands and reefs is multipurpose, mixed, and with the exception of necessary military defensive requirements, are more for serving all forms of civil needs.”

The hangars all show signs of structural strengthening, CSIS said. The new images were first reported by the New York Times.

Other facilities including unidentified towers and hexagonal structures have also been built on the islets in recent months, CSIS said.

Ties around the region have been strained in the lead-up to and since The Hague ruling.

China has sent bombers and fighter jets on combat patrols near the contested South China Sea islands, state media reported on Saturday. Japan has complained about what it has said were multiple intrusions into its territorial waters around another group of islands in the East China Sea.