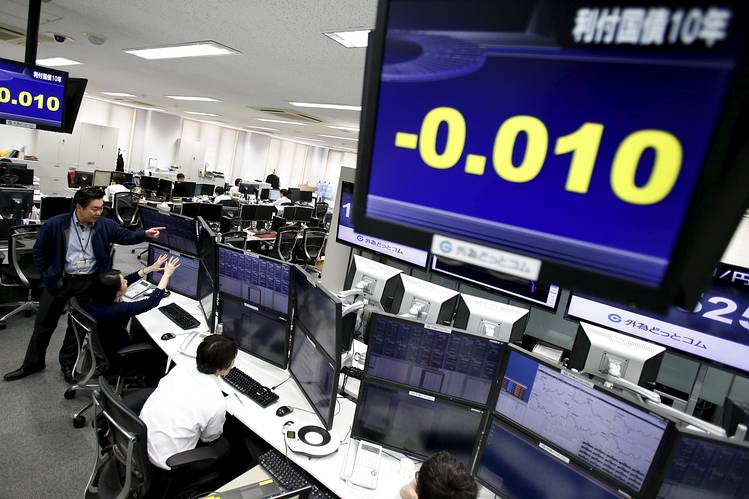 The benchmark 10-year JGB yield fell 2.5 basis points to minus 0.080 percent, down from an earlier high of minus 0.030 percent. September 10-year futures were up 0.35 point at 151.53 in afternoon trading after rising as high as 151.56 soon after the auction results were released.

The notes sold at a lowest price of 96.50, drawing bids of 3.07 times the amount offered, improving from the previous sale’s bid-to-cover ratio of 2.64 times.

The tail between the average and lowest accepted prices narrowed to 0.21, compared with that of last month’s offering at 0.75, indicating stronger demand for the bonds.

“There are plenty of people who still want to buy JGBs with positive yields, and it seems the market is relieved by the outcome,” said a fixed-income fund manager at a European asset management firm in Tokyo.

A week ago, JGBs logged their worst sell-off in more than three years, after the Bank of Japan refrained from including additional JGB purchases in the easing steps it announced on July 29.

The 30-year JGB yield was half a basis point higher at 0.420 percent after earlier rising as high as 0.430 percent, its highest since early April.