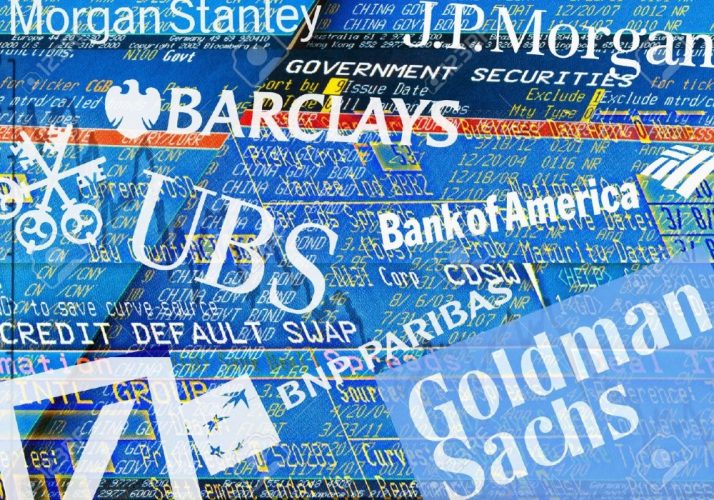 Europe’s Biggest Banks Are More Messed Up Than the U.S.’s

On August 3, investors in HSBC hsbc cheered. They should have been booing.

Investors rushed into the shares of the Anglo-Asian colossus after the bank announced it was returning $ 2.5 billion to stockholders via a big buyback program, softening the news that year-over-year earnings dropped 45% in the second quarter. The stock rose 3.5%.

Whats more, the idea that a European lender had capital to spare even ignited a rare mini-rally in the enfeebled sector. Shares of Societe Generale of France, Royal Bank of Scotland, and Alpha Bank of Greece, rose by 3%, 2.5%, and 2%, respectively.

Don’t be fooled by the occasional boomlets in investor enthusiasm, or the rosy pronouncements of the European Banking Authority, which last week mostly gave its rank and file clean bills of health: The European banks are in grave danger. That’s true not in just the most troubled economies such as Italy and Greece, but in stalwarts Germany and France as well. And while the timing is unpredictable, the outcome isn’t. Europe’s lenders will eventually have to issue hundreds of billions of euros in equity at severely-discounted prices, clip bondholders with a severe haircut, and force governments to provide gargantuan bailouts.

“The EU is making the same mistakes over and over and over again,” says Viral Acharya, a professor at NYU’s Stern School of Business. “They’re not demanding that the banks be recapitalized as they should be, and allowing things to get worse by enabling lenders to keep zombie loans they should have dumped years ago.”

Nevertheless, a new “stress test” conducted by the EBA suggests that the industry may be on the mend. The findings, released on July 29, stated that the universe of 51 banks examined in the survey “has significantly shored up its capital in recent years.” The study does provide what it calls a “pass/fail threshold” determining if the entire sector, or individual banks, are holding sufficient capital to withstand a new credit eruption. Hence, the EBA isn’t recommending the kinds of solutions that the Fed imposed on beleaguered banks following the financial crisis, including eliminating buybacks and dividends, and raising billions in fresh capital.

In contrast to the EBA, the world’s investors are voting that the sector’s reported equity is an illusion. By the market’s reckoning, their real capital, what they’d report by facing reality and recognizing the inevitable losses on their stricken portfolios, is radically lower than stated on their books.

The best evidence: In November of 2014, when the EU instituted a central regulatory regime known as “Banking Union,” the market value of Europe’s big banks was about equal to the book value of their equity. That meant investors thought European lenders were pretty realistic in marking down bad credit. But since then, the Euro Stoxx bank index has dropped 44%; more than one-third of that decline followed the Brexit shock on June 23.

The writeoffs, however, haven’t nearly kept pace. Today, the market value of the major European banks has dropped to 70% of stated book value. Put simply, investors are forecasting big losses that the lenders are both delaying, and fail to acknowledge. Nor are the regulators willing to force the banks’ hand.

Although the EBA didn’t give an estimate on the industry’s capital shortfall in July, it did provide an number in the November 2014 stress test. The additional capital needed for banks to withstand a new credit crisis, said the EBA, was in the $ 30 billion range. Acharya, along with Sascha Steffen of the University of Mannheim and Diane Pierret of the University of Lausanne, made their own estimate of the capital shortfall, based on the cushion needed to survive a global financial cataclysm that clobbered stock prices 40%. The co-authors assert that in the crisis scenario, European banks would actually have to raise $ 987 billion in new capital, 35% more than in November of 2014. By one measure, that’s a gigantic deficit of about 3 percentage points based on their total assets of around $ 30 trillion. Consider the EBA’s assertion that the capital picture had improved since late 2014!

In an interview with Fortune, Acharya cited three major reasons why the EBA’s findings contradict the severe and growing skepticism among global investors.

First, he says, the stress tests are not stressing the system well enough. “The EBA uses reported book value, and it hasn’t been marked down nearly as much as the market has marked down equity. The numbers look fine to the EU regulators, and they’re not,” Acharya says.

Book values, he asserts, are “grossly overstating the real value of the equity.” Acharya mentioned Italy’s insolvent Banco Monte dei Paschi di Siena, which is selling a bad loan portfolio “that brought down the value of the other Italian banks” when investors saw how bad the loans really were. For Acharya, the Italian lenders especially are refusing to write down billions of euros in troubled loans to small and medium-sized businesses pummeled by the stagnant economy.

The ECB encouraged the bad banking by lowering the cost of funding through aggressive monetary policy. “As a result, banks in Italy and elsewhere ‘evergreened’ their old loans to stressed borrowers instead of writing them down, because it became so cheap to roll over those loans,” says Acharya. “They’ve become the kind of zombie loans we saw in Japan in the 1990s.”

Second, it’s not just that the equity is overstated, the “balance sheets are too small.” That’s because banks are treating risky home loans and toxic packages of mortgage securities as though they were no less dangerous than say, German government bonds. “It’s the same story with corporate lending,” says Acharya. “The ‘risk weights’ given those loans on the banks’ balance sheets are far too low. The market realizes that, and the banks and regulators refuse to.”

Third, the EBA refuses to stop the banks from paying dividends, when they should be adding the earnings to sorely needed capital, rather than paying it out to shareholders. “If they’d stopped paying dividends five years ago,” says Acharya, “half the shortfall would have been avoided. The first thing the regulators did in the U.S. in the financial crisis was to say you can’t pay dividends.”

So why are the EBA, and national governments, so reluctant to face the real numbers, and forestall a looming crisis?

“The banks will need government support in nations like Germany and France,” he says. “In part, that’s because other banks in those countries are among the bondholders that are going to take a hit.” He adds that “no national authority wants to provide bailouts, and if they talk about it, they might cause a run on the banks.”

So, he says, it’s a race to the bottom in regulatory standards that disguises the gravity of the problem. “They’re doing forbearance and cheap funding, and kicking the can down the road,” says Acharya. Unless Europe stops kicking, the can’s headed for a cliff.