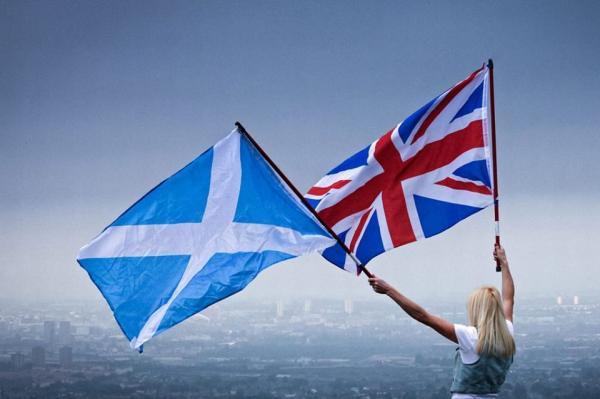 Scots back remaining in UK despite Brexit vote

LONDON : Most Scots still back remaining in the United Kingdom despite Britons voting to leave the European Union, a move which was opposed by the majority in Scotland, according to an opinion poll published on Saturday.

Scotland’s nationalist First Minister Nicola Sturgeon has said the June 23 vote for Brexit had put Scottish independence back on the agenda just two years after it was rejected in a referendum.

While Britons backed leaving the EU by 52-48 percent, Scots voted by 62-38 percent to remain in the bloc, an outcome Sturgeon argues has changed the political landscape regarding possible Scottish secession.

However according to Saturday’s YouGov survey, 53 percent of Scots wanted to stay part of the United Kingdom with 47 percent backing independence.

Even when asked if they would rather stay in the EU but leave the UK, 46 percent of the 1,006 respondents said they wanted to remain in the UK and only 37 percent preferred Scotland becoming an independent nation within the bloc.

“Inevitably, some will suggest that the high-water mark of Scottish independence has now passed, especially as it was thought that leaving the EU might persuade ‘No’ voters to change their minds and vote against the Union,” said Joe Twyman, YouGov’s Head of Political and Social Research.

“However, the situation is, naturally, more complicated than that. There remains a great deal of uncertainty about what the UK’s relationship with the EU will look like in the long term. A lot could, and almost certainly will, change on this front in the coming years.”

Scots rejected independence by 55-45 percent in the 2014 referendum, but since then Sturgeon’s Scottish National Party has gone from strength to strength, winning 56 of Scotland’s 59 seats in the British parliament in the 2015 election.

She said on Monday she would start preparatory work on making independence an option, depending on the outcome of British Prime Minister Theresa May’s Brexit negotiations to determine the United Kingdom’s future relations with the EU.

May has made keeping Scotland in the UK a priority in the wake of the Brexit vote, and has she would not trigger Article 50, the formal mechanism to start EU divorce talks, until she had concluded an agreement that suited all regions of the country.