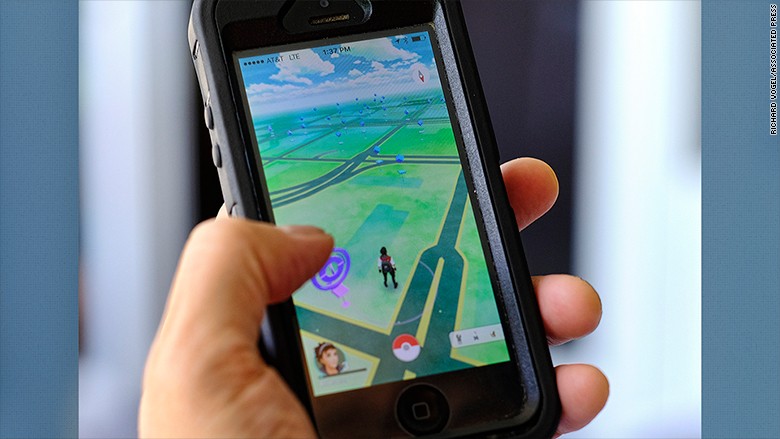 Nintendo booked a quarterly operating loss on a sharply stronger yen and delayed the launch of an accessory for Pokemon GO, but hopes for long-term growth are running high on the mobile game’s success.

First rolled out only three weeks ago, the game which has players walking around real life neighborhoods to catch and train Pokemon, has taken the world by storm, driving up Nintendo’s market value by 50%.

While analysts have been upbeat about prospects for Nintendo ntdoy to make money off the game—how much it will be able to do so is unclear. Its main source of Pokemon GO income is set to come from its 32% stake in Pokemon Company which owns the licensing rights.

The Kyoto-based firm last week took the unusual step of saying ahead of results that Pokemon GO would have a limited impact on earnings and that it did not plan to revise its targets for now.

It posted an operating loss of 5.1 billion yen ($ 49 million) for the April-June quarter, wider than a Starmine SmartEstimate of a 4 billion yen loss. That compares with a profit of 1.15 billion yen in the same period a year earlier.

It also said it would launch Pokemon GO Plus in September instead of the end of this month as planned due to software adjustments needed to keep it in sync with the game. The accessory alerts players to nearby Pokemon so that they don’t have to always be looking at their smartphones.

The delay is expected to hurt Nintendo’s shares in the short-term—they were trading down 7% in Germany.

But much of the run up in the stock has come from hopes for Nintendo to reap rewards from other character franchises like Super Mario and Zelda as it moves away from protecting its console business at all costs and delves deeper into mobile gaming.

“I believe Nintendo can leverage the success of Pokemon GO, bringing the game to its consoles or introducing other characters to similar games,” said Masayuki Otani, chief market analyst at Securities Japan. “This is just the beginning for Nintendo.”

For now, Nintendo has forecast operating profit to climb 37% to 45 billion yen in the year ending March. It did not go into any detail about earnings prospects for Pokemon GO in its financial statements or hold a briefing.

Analysts have said any benefits from Pokemon GO will likely continue to be countered to some extent by the stronger yen.

The yen surged 19% in the year to June due to disappointment with Japanese central bank’s monetary policy and worries about slower global growth. Nintendo earns more than 70% of its sales overseas, making it vulnerable to currency swings.

The game, launched on July 6, is now available in nearly 40 countries. Research firm Sensor Tower estimates it has been installed more than 75 million times across Apple and Google platforms globally.