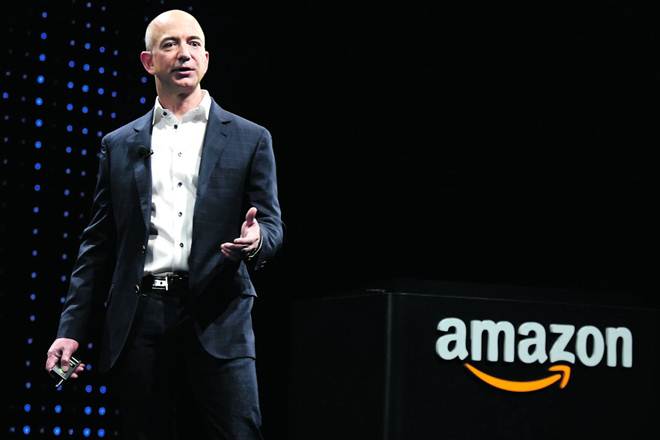 Jeff Bezos, the CEO of Amazon, is now the third-richest person in the world.

According to the Bloomberg Billionaires Index, Bezos surpassed Berkshire Hathaway’s Warren Buffett to snag the number three spot behind Spain’s Amancio Ortega, the founder of the clothing retailer Zara, and Bill Gates, c0-founder of Microsoft, and the world’s richest person. Both are worth $ 73 billion and $ 89 billion, respectively.

Bezos’s net worth was $ 65.05 billion on Thursday, which topped Buffett by $ 32 million on the Bloomberg Billionaires Index. And despite Bezos’s fall to $ 43 billion in February due to turbulent global markets, his wealth has increased by $ 5.4 billion this year.

Bloomberg reports that most of Bezos’s wealth comes from Amazon, which is the fifth most valuable company in the U.S., falling behind Apple, Alphabet, Microsoft, and ExxonMobil .

Bezos’s move past Buffett is partly a result of the Berkshire Hathaway chairman’s $ 2.2 billion donation in stock to the Bill & Melinda Gates Foundationr. Even still, Buffett’s net worth still rose by $ 2.7 billion in 2016.

And despite his current status on the Bloomberg Billionaires Index, Amazon amzn founder could see his rank climb even higher.

In May, Carlos Kirjner of Sanford Bernstein set his Amazon target price at $ 1,000—a 30% increase from $ 770—even while Wall Street estimated an average 12-month target price of $ 809.28. Kirjner’s figure is one which Amazon has yet to reach. But with stock at that price, Bezos’s fortune would be about $ 86 billion, sliding past Ortega and claiming the number two spot just under Bill Gates.