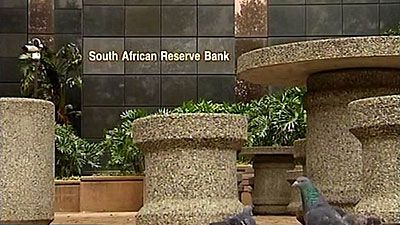 PRETORIA : South Africa’s Reserve Bank kept its benchmark repo rate unchanged as expected on Thursday, saying that while it was still concerned about inflation, the weak economy had provided some room to delay further policy tightening.

“The MPC (monetary policy committee) is aware that some of the favourable factors that contributed to this decision could reverse quickly, and remains ready to react appropriately to any significant change in the inflation outlook,” Governor Lesetja Kganyago told a news conference.

The rand extended gains against the dollar after the decision, while government bonds also strengthened .

All 31 economists surveyed about a week ago forecast the bank would keep its repo rate on hold, but expected a 25 basis point increase at its November meeting to tame inflation pressures.

The central bank said the medium term inflation trajectory remained outside its 3-6 percent target band until the second half of 2017, but there have been some improvements in the near-term prospects following successive downside surprises.

The outlook for Africa’s most industrialised economy remained extremely challenging, following a 1.2 percent contraction in the first quarter of this year, it added.

The bank now expects to economy to remain at a standstill for the whole of 2016, compared with its May forecast for tepid expansion of 0.6 percent.

The bank has previously warned that South Africa, which dodged credit rating downgrades from Moody’s, Fitch and S&P earlier in the year, still faced the risk of cuts if the ailing economy showed no improvement.