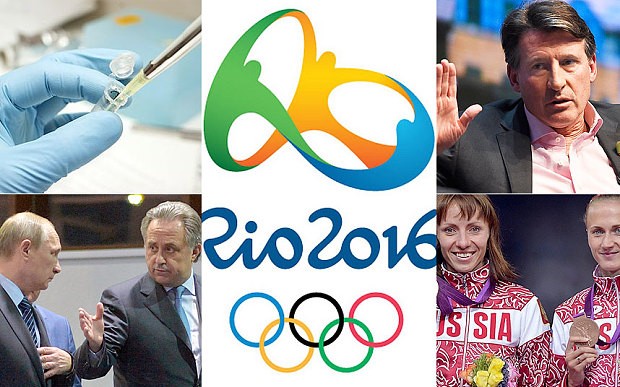 The decision by the Swiss-based Court of Arbitration for Sport (CAS) increases the possibility that the International Olympic Committee (IOC) will now exclude Russia from all sports, not just track and field, in Rio de Janeiro.

That would mark the deepest crisis in the Olympic movement since the U.S. and Soviet boycotts of the 1980s, and would be a grave blow to a nation that prides itself on its status as a sporting superpower.

“CAS rejects the claims/appeal of the Russian Olympic Committee and 68 Russian athletes,” CAS said in a statement that backed the right the International Association of Athletics Federations (IAAF) to suspend the Russian athletics federation.

The head of Russia’s delegation to the Rio Olympics said the decision was devoid of any logic, and double Olympic champion pole vaulter Yelena Isinbayeva called it “the funeral of athletics”.

Kremlin spokesman Dmitry Peskov said: “I certainly regret such a decision by CAS which refers to absolutely all of our athletes.”

The ban was imposed last November by the IAAF after an independent report uncovered rampant state-sponsored doping in Russian athletics. It was maintained in June after the IAAF Council ruled that not enough progress had been made in transforming Russia’s anti-doping programme.

Russia had argued it had taken steps to clean up the sport, and that the blanket ban was unfair to individual athletes with no record of doping.

“The principle of collective responsibility is hardly acceptable,” Peskov said.

Interfax news agency quoted Russian Sports Minister Vitaly Mutko as saying Russian officials would consider what steps to take in the light of the court’s decision, and that things could not be left as they are.

The ball is now in the court of the IOC to decide whether Russia should be excluded from all sports at the Rio Games, starting on Aug. 5.

Pressure on the IOC to take such a step increased this week after another report commissioned by the World Anti-Doping Agency revealed evidence of systematic state-sponsored doping by Russian competitors before and during the 2014 Winter Olympics in the Russian city of Sochi.The IOC’s executive committee met to discuss the issue on Tuesday and though it condemned the activities and started disciplinary proceedings against many of those involved, it postponed any announcement on potential blanket ban pending legal advice and the outcome of the CAS hearing.

The IOC is expected to reach a final decision on Sunday.

The IAAF said it was pleased that CAS had supported its stance.

“While we are thankful that our rules and our power to uphold our rules and the anti-doping code have been supported, this is not a day for triumphant statements,” IAAF president Sebastian Coe said.

“I didn’t come into this sport to stop athletes from competing. It is our federation’s instinctive desire to include, not exclude.”