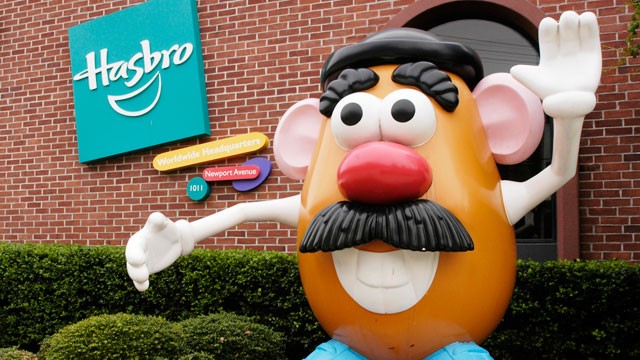 Toymaker Hasbro Inc (HAS.O) reported higher-than-expected quarterly profit and revenue, driven by strong demand for its Disney Princess and Frozen dolls and its action figures based on “Star Wars” movies.

However, sales growth in its biggest business – toys targeted at boys – dropped to 4 percent in the second quarter from 24-32 percent in the prior three quarters.

The No.2 U.S. toymaker’s shares fell as much as 6.4 percent in morning trading on Monday. The stock was the biggest percentage loser on the S&P 500 index.

The slowdown in the boys category is “worrisome”, Jefferies analyst Trevor Young wrote in a note.

Chief Executive Brian Goldner said sales from toys based on “Jurassic Park” and “Jurassic World” movies were down “significantly” from a year earlier.

Toys targeted at boys, which include toys based on the “Star Wars” films and “Nerf” toy guns, accounted for 40 percent of Hasbro’s total revenue.

Revenue from toys targeted at girls jumped 35 percent, the second increase in seven quarters. Hasbro acquired the rights to make dolls based on Walt Disney Co’s (DIS.N) princesses such as Cinderella and Snow White in 2014 and started selling the dolls this year.

Britain’s vote last month to exit the European Union has created some near-term uncertainty, but Hasbro is yet to see any negative impact on its business, Goldner said on a conference call.

“We have positive momentum in both the UK and Europe heading into the second half of the year,” he said.

Hasbro expects to start shipping toys based on “Rogue One: A Star Wars Story” in the current quarter ahead of the December release of the next film in the franchise.

The net income attributable to Hasbro rose by a quarter to $ 52.1 million, or 41 cents per share, in the three months ended June 26.

Analysts on average had expected a profit of 39 cents per share and revenue of $ 859 million, according to Thomson Reuters I/B/E/S.

Hasbro shares were down 5.9 percent at $ 80.44. Up to Friday’s close, the stock had risen by more than a quarter this year.