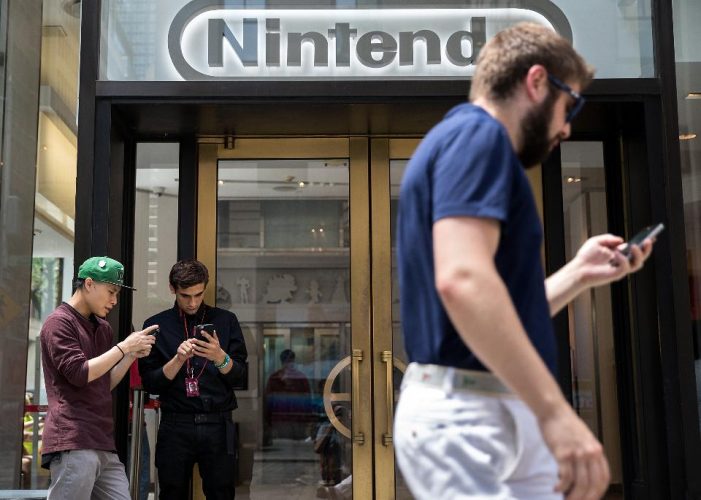 Tokya : Shares of Nintendo jumped nearly 10% to a six-year high on Friday, extending their rally since the launch of its Pokemon GO augmented reality game and almost doubling the company’s market value in just over a week.

The mobile game has become an instant hit with more users in the United States than Twitter twtr just one week after launch. Its players are highly engaged, spending far more time in the app than they do with some of the most popular social apps such as Instagram or WhatsApp.

“When you look at the way it’s becoming a social phenomenon in the U.S., the rally is understandable even though it’s not clear yet how much it will boost profits,” said Toshiyuki Kanayama, a markets analyst at Monex Securities.

“People still remember the time when the Wii and the DS became a hit and boosted Nintendo’s shares,” he added, referring to the company’s popular game consoles.

Investors—and gamers—are waiting to see when Pokemon GO will be launched in other major markets, particularly Japan, one of the world’s biggest gaming markets.

The game is now available in the United Kingdom and Germany after being launched in the United States, Australia and New Zealand last week.

Nintendo’s ntdoy shares rose to as much as 27,800 yen in early Tokyo trade, their highest level since mid-2010. At that price, the stock is up 86% from last Thursday, adding almost $ 15 billion to the company’s market value.