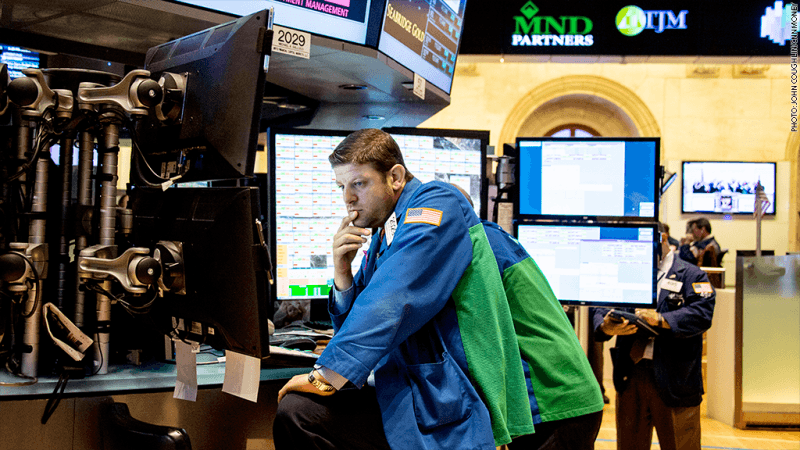 The Dow and the S&P 500 inched up on Friday, hitting new highs after strong U.S. retail sales data and a rise in biotech stocks, offset disappointing results from big banks.

Retail sales rose more than expected in June as Americans bought motor vehicles and a variety of other goods, reinforcing views that economic growth picked up in the second quarter.

Data showed China’s economy unexpectedly grew in the quarter, helping push world stocks to eight-month highs. But an attack in Nice, France that killed at least 84 people weighed on sentiment.

Tepid results from Citi (C.N) and Wells Fargo (WFC.N) failed to match up to the expectation set by JPMorgan’s (JPM.N) strong numbers on Thursday.

Citi shares were off 0.3 percent, while Wells Fargo’s 1.8 percent fall made it the biggest drag on the S&P 500.

The financial index .SPSY dipped 0.2 percent, making it the biggest loser among the 10 major S&P sectors and the only one in the red for the year.

“Strong economic data and investors realizing that there is no short-term impact from the Brexit vote are making the equity markets stronger,” said Anthony Roth, chief investment officer at Wilmington Trust.

The three indexes are on track to post their third straight week of gains.

Seven of the 10 major S&P indexes were higher, led by a 0.6 percent rise in the healthcare sector .SPXHC.

Celgene (CELG.O) rose 1.9 percent to $ 103.4 after the European Commission approved its flagship multiple myeloma drug for another indication and Stifel initiated coverage with a “buy” rating.

Following news of the Nice attack, shares of travel operators and airlines dropped on fears about travel to Europe.

Priceline (PCLN.O), Expedia (EXPE.O) and TripAdvisor (TRIP.O) were down 1-2 percent, while Delta (DAL.N), Southwest (LUV.N) and United Continental (UAL.N) were also down 1-2 percent.

Herbalife (HLF.N) jumped 14.4 percent to $ 67.91 after the weight-loss products maker agreed to pay the FTC $ 200 million to avoid being classified a pyramid scheme.