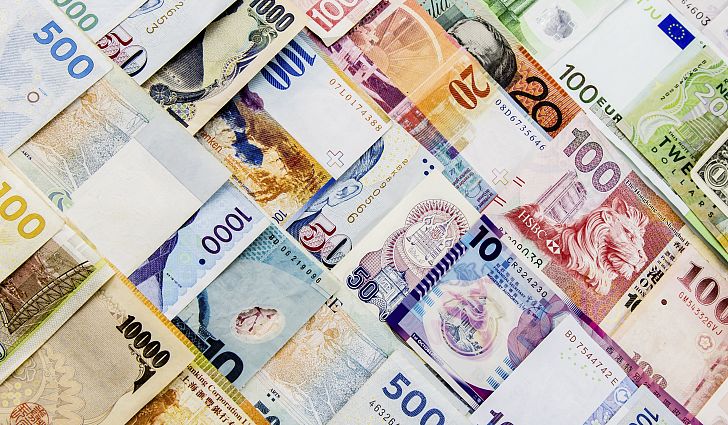 TOKYO : The yen surrendered its early gains in Asia on Thursday, while sterling pushed higher but remained capped ahead of a Bank of England meeting that is expected to deliver an easing to blunt the economic fallout of Britain’s vote to leave the European Union.

The BoE is expected to announce a cut to its benchmark interest rate to a record low of 0.25 percent from 0.5 percent when its makes its monthly policy statement at 1100 GMT (07:00 a.m. EDT).

Another key focus is how soon the BoE’s Monetary Policy Committee could sanction a new round of quantitative easing, said Sue Trinh, senior currency strategist at RBC Capital Markets in Hong Kong.

“We’re expecting August to be the delivery date, so any kind of guidance on that front will be keenly watched,” she said.

Wednesday’s appointment of Theresa May as Britain’s new prime minister alleviated market participants’ fears about political chaos in the wake of last month’s Brexit vote, and helped sterling climb off its 31-year low of $ 1.2798 plumbed earlier this month. But many economists say the UK could still slip back into recession.

“Even if the BoE passes on a move Thursday, they’ll prepare everyone for easing later this year,” Kathy Lien, managing director of FX strategy at BK Asset Management in New York, said in a note.

“If sterling rises because the Bank of England left interest rates unchanged and some part of the market was disappointed, the rally should be sold,” she said.

The Canadian dollar, meanwhile, gained against the greenback, which slipped 0.3 percent to C$ 1.2944. The Bank of Canada held interest rates steady on Wednesday, saying it believed exports and business investment would pick up even as it cut its growth forecast for 2016.

Investors remained focused on whether the Bank of Japan will expand its monetary stimulus at its policy meeting later this month, especially after former U.S. Federal Reserve chair Ben Bernanke told Japanese Prime Minister Shinzo Abe on a visit to Tokyo that the BOJ has still got measures to support the economy.

The dollar was up 0.2 percent at 104.65 yen JPY=, pulling closer to its post-Brexit high of 104.98 yen touched on Tuesday, where some strategists say it remains heavy.

“Whenever the dollar approaches the 105 level, people will be selling into this,” said Koji Fukaya, president of FPG Securities in Tokyo.

“I don’t think the Bank of Japan will do anything at its meeting at the end of the month,” he added, though Japan’s central bank could increase its asset purchases.

Waning expectations of the Federal Reserve delivering further interest rate hikes have weighed on the dollar this year, and investors’ wariness increased after the Brexit vote roiled markets.

Philadelphia Fed President Patrick Marker said late on Wednesday that the central bank will likely opt for a “fairly shallow” series of U.S. interest rate hikes, and that he wants to “let it play out a bit” before backing a policy tightening.