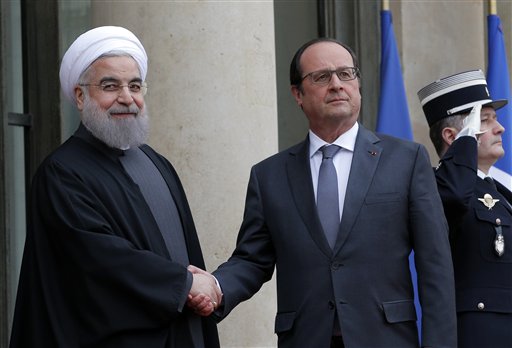 DUBAI/PARIS : Iran said on Tuesday it had reached an agreement with France to take part in a multi-national nuclear fusion project, a year after it struck a deal with six world powers to curb its own atomic programme.

The Fars news agency quoted an Iranian official as saying there was a “general agreement” for Iran to join the International Thermonuclear Experimental Reactor (ITER), a project to build a prototype fusion reactor in southern France.

The French foreign ministry declined to confirm or deny the report and ITER was not immediately available to comment.

The head of the Atomic Energy Organization of Iran (AEOI), Ali Akbar Salehi, visited ITER’s headquarters in France this month and discussed the prospect of Iran joining the project which was launched 10 years ago by Europe, the United States, China, India, Japan, Russia and South Korea.

Fars quoted AEOI spokesman Behrouze Kamalvandi as saying: “Iranian officials have reached a general agreement with the French side for joint cooperation on the international nuclear fusion megaproject known as ITER.”

The director of the project to produce energy by combining rather than splitting atoms said in May it would be delayed by more than a decade and that costs would rise by another 4 billion euros in addition to the 14 to 15 billion euros previously estimated.

“Regarding ITER, I revert you to that organisation.”

ITER did not immediately respond to Reuters’ request for comment.