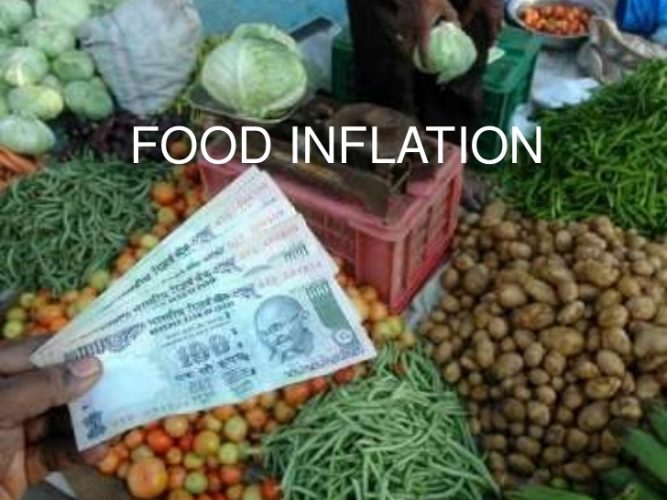 Consumer prices rose 5.77 percent on an annual basis last month – the fastest pace since August 2014. This compared with a 5.73 percent increase predicted by economists in a Reuters poll and a 5.76 percent gain in May.

Retail food inflation accelerated to 7.79 percent in June from 7.47 percent a month ago on the back of double-digit annual increases in prices of sugar, pulses and vegetables.

That would be a worry for outgoing Reserve Bank of India (RBI) Governor Raghuram Rajan, who wants inflation kept below at 5 percent by March 2017.

“We think that the RBI continues to face a difficult challenge in meeting this target,” said Shilan Shah, an economist with Capital Economics.

The Aug. 9 policy meeting will be the last for Rajan, whose three-year term ends in early September. Between January 2015 and this April, he cut the repo rate by 150 basis points, to 6.50 percent.

After holding rates in June, the governor said the central bank was looking for room to reduce them further though it remained concerned about pressure on food and commodity prices.

Demand-driven pressures are likely to be stoked by a hike of salaries and pensions for about 10 million government employees and pensioners that took retroactive effect on Jan. 1.

While a pick-up in summer monsoon rains in recent weeks is expected to cool food inflation, most analysts don’t anticipate another rate cut before a new governor is on the job. DBS in Singapore expects a rate cut in the October-December quarter.

Industrial production, meanwhile, unexpectedly rebounded in May, posting 1.2 percent annual growth – its fastest pace in three months. Output at factories, mines and utilities shrank a revised 1.3 percent in April from a year earlier.

The data, however, have paled in significance since last year, when New Delhi revamped the method it uses to calculate gross domestic product.

The new method takes into account gross value addition in goods and services, a departure from the old practice that factored in volume-based indicators such as industrial output.

The government must also constitute a Monetary Policy Committee (MPC) to set interest rates by a majority vote, a change from the current regime where the decision effectively rests with the RBI chief.

It aims to name the six-member committee before the August policy review. Three members of the MPC would be RBI insiders, headed by the governor who would have the casting vote in the event of a 3-3 split.

“Clarity on the next RBI governor and composition of (a) Monetary Policy Committee would have a significant bearing on how monetary policy stance evolves going ahead,” said A. Prasanna, economist at ICICI Securities