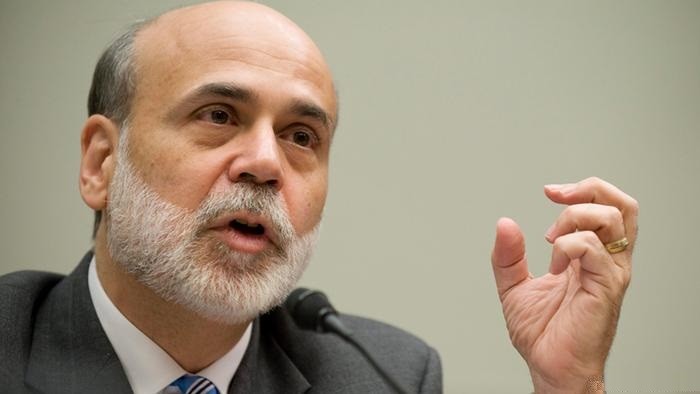 Abe met Bernanke earlier in the day to exchange views on the premier’s economic policy as he tries to revive his economic agenda after a big election victory.

A Japanese government spokesman said Abe and Bernanke discussed what steps are necessary for Japan to end deflation and achieve sustainable economic growth. Bernanke did not respond to questions after the meeting.

The meeting comes just one day after Abe announced new fiscal stimulus, which has left some economists wondering whether Japan’s central bank will adopt more aggressive money printing that Bernanke has advocated in the past.

The program met with initial success as the Bank of Japan’s adoption of quantitative easing the following year initially raised inflation expectations and pushed down bond yields.

But after the initial awe faded, the country has flitted in and out of recession and disappointment with Abe’s structural reforms has caused many investors to lose hope in “Abenomics.” Some economists say Abe is returning to big fiscal spending to make up for the shortcomings of his reforms.

Some investors speculate that Japan might decide to provide “helicopter money” – a term coined by American economist Milton Friedman and cited by Bernanke before he became Fed chairman in 2006, when talking about how central banks might finance government budgets as a way to seek to fight deflation.

Japan’s government spokesman said he was unaware of any talk of “helicopter money” at the meeting but Japan’s monetary policy was discussed.

Bernanke also visited the BOJ on Monday, where he is believed to have met Governor Haruhiko Kuroda.