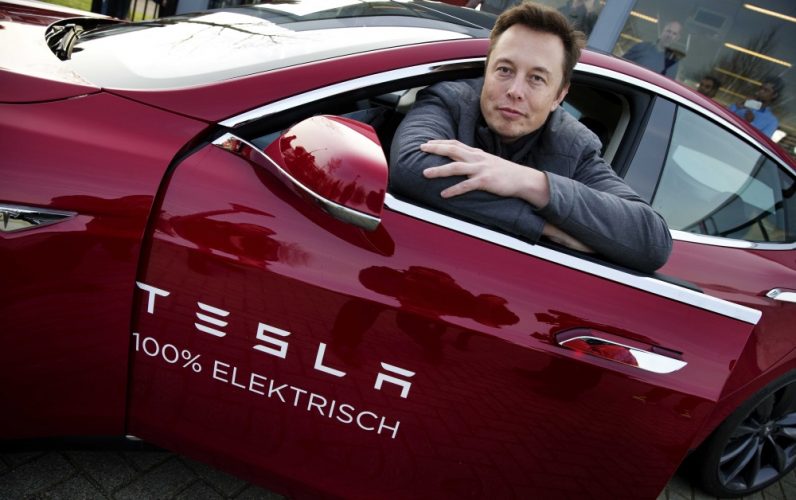 When Joshua Brown crashed and died in Florida on May 7 in a Tesla that was operating on autopilot—that is, Brown’s hands were not on the wheel—the car company knew its duty. “Following our standard practice,” Tesla said in a statement issued last Thursday, it “immediately” informed the National Highway Traffic Safety Administration about the accident.

So much for immediacy. The NHTSA sat on that news—of possible interest to the driving public, wouldn’t you say?—until announcing it late last Thursday, June 30. That was almost eight weeks after the accident.

Tesla tsla did something even more astounding. On May 18, eleven days after Brown died, Tesla and CEO Elon Musk, in combination (roughly three parts Tesla, one part Musk), sold more than $ 2 billion of Tesla stock in a public offering at a price of $ 215 per share—and did it without ever having released a word about the crash.

To put things baldly, Tesla and Musk did not disclose the very material fact that a man had died while using an auto-pilot technology that Tesla had marketed vigorously as safe and important to its customers.

That the fact was indeed “material” can be at least mildly suggested by the immediate fall in Tesla’s stock price on Friday morning. In a market that was then generally rising, Tesla stock dropped from Thursday’s close of $ 212 to a low of $ 206. But then the market reversed itself. By the end of the trading day, the stock had climbed above $ 216.

Deciding to publish this story this morning, Fortune tried most of yesterday—yes, the Fourth of July—to reach someone at Tesla to a) inform them as to what the story would say and b) see if Tesla wished to comment. Ultimately, we reached a public relations executive choosing to emphasize the action of the stock last Friday, when the stock closed up for the day despite the bad news announced on Thursday. That outcome, the executive said, proves that the crash news was not a material fact.

Then Elon Musk himself suddenly entered the email conversation. He first thought, mistakenly, that Fortune was criticizing the price at which Tesla and he had sold stock. This writer replied that was not the case and that the issue was the non-disclosure of a material fact. That, Musk replied in a second e-mail, “is not material to the value of Tesla.”

He continued, “Indeed, if anyone bothered to do the math (obviously, you did not) they would realize that of the over 1M auto deaths per year worldwide, approximately half a million people would have been saved if the Tesla autopilot was universally available. Please, take 5 mins and do the bloody math before you write an article that misleads the public.”

“Mislead”—a good word to think about in this matter. Lawsuits may ultimately settle the question of whether Tesla and Musk withheld a material fact when they sold Tesla stock in May. The plaintiffs’ bar, if no one else in this drama, has a way of moving fast.