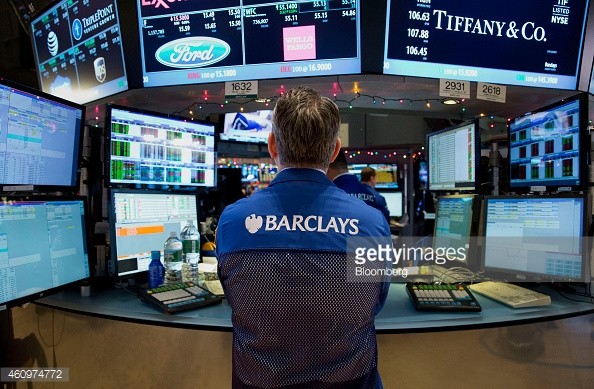 London : Three former Barclays traders have been found guilty by a London jury of conspiring to fraudulently manipulate global benchmark interest rates in a stark warning to junior bankers and a major victory for Britain’s Serious Fraud Office

Calcutta-born Jay Merchant, 45, the most senior of the men on trial, was convicted unanimously while 35-year-old British former Libor submitter Jonathan Mathew and former trader Alex Pabon, a 38-year-old American, were found guilty by a majority verdict after a 10-week trial.

A second Libor submitter, 61-year-old Peter Johnson, had pleaded guilty. The men are expected to be sentenced at London’s Southwark Crown Court on Thursday.

Reporting restrictions on the verdicts were lifted on Monday after the jury failed to reach a verdict on two other defendants.

The verdicts come four years after Barclays became the first of 11 powerful banks and brokerages to be slapped with a hefty fine over rate fixing allegations, sparking a political and public backlash that forced out charismatic former CEO Bob Diamond, an overhaul of Libor rules and the criminal inquiry.

Merchant, the most senior banker on trial, and junior bankers Mathew and Pabon denied one count of dishonestly skewing Libor, a benchmark for rates on about $ 450 trillion of contracts and loans worldwide, to defraud others and make more money for themselves and Barclays between June 2005 and September 2007.

The men told the court their bosses sanctioned communications on Libor rates, that they sent emailed Libor requests over corporate message systems in full view of compliance staff and that rates commonly reflected derivatives positions at the time.

The verdict represents a victory for the SFO, which has had a mixed record on successfully prosecuting white collar criminals, and whose head David Green has staked his reputation on the costly and high-profile Libor prosecutions.

Mathew, partially deaf since childhood and dyslexic, hung his head in the dock while his wife wept in the visitor gallery.

Merchant shook his head in disbelief while his elderly father looked stunned as a silence fell over the courtroom while the verdicts were read out.

Prosecutors said the men plotted with Johnson and others at Barclays bcs to rig Libor, the London interbank offered rate, driven by greed. Libor was designed to reflect the estimated rate at which banks could borrow funds from each other.

The SFO secured its first Libor conviction when Tom Hayes, a former UBS ubs and Citigroup c trader, became the first man found guilty by a jury for his role in the Libor scandal last August. He is serving an 11-year jail sentence after his original 14-year sentence was reduced on appeal.

But the agency suffered a blow when prosecutors failed to persuade a jury that six former brokers conspired with him to rig Libor. The brokers were all cleared in January.