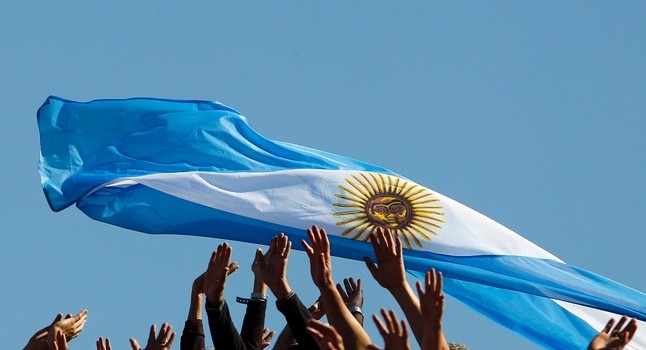 LA PLATA : Investments that Argentine manufacturing companies hoped to make in the second half of the year are being postponed as the economy takes longer than expected to start growing in response to President Mauricio Macri’s free market reforms.

Macri, who took office in December after being elected with a mandate to lift the trade and currency controls that smothered commerce under the previous government, moved quickly to open the economy.

But the investment he promised to attract has been slow to arrive. Consumption is bogged down by high inflation, rising utility bills, caused by the lifting of energy subsidies, and a 35-percent devaluation of the peso currency that has increased the price of foreign goods and manufacturing inputs.

“There’s a wait and see feeling out there,” said Ignacio De Mendiguren, vice president of the Chamber of Argentine Clothing Manufacturers. “There is optimism over the medium and long term. Meanwhile, the preference is toward waiting.”

He said clothing sales were down 18 to 20 percent this year.

Industrial output was down 3 percent in the first five months of 2016 versus the same 2015 period. The sector has been stagnant for years, said Jose Urtubey, a director of the Argentine Industrial Union, which represents the country’s biggest manufacturers.

“At this point companies are doing all they can to maintain activity and employment levels until variables change in a way that improves competitiveness,” he said, mentioning the need for lower borrowing costs and changes to the tax structure.

The government reported better than expected economic growth of 0.5 percent in the first quarter, although construction fell more than 5 percent year on year.

Macri’s team says a recovery will start this year.

Some businesses say the economy’s fundamentals will have to improve in a way that allows a clear view forward.

“We need predictability in order to invest,” said Alberto Sellaro, owner of a shoemaking plant that employs 50 people. He is also president of Argentina’s Shoe Industry Chamber.

The administration said May inflation was 40 to 42 percent, on an annual basis. The central bank says disinflation began in June and should continue.

To tame consumer prices, the central bank jacked its 35-day reference rate up to 38 percent earlier this year. It has eased to 30.75 percent over the last two months.

“It’s raining money, but for the financial sector. I’m hopeful that soon there will be real investments,” said HSBC’s chief for Argentina, Gabriel Martino.

The government says those investments should start showing up before the end of the year. “We think the dirty work is mostly done,” Finance Minister Alfonso Prat-Gay said in an address to investors last week. “Inflation will fall, the economy will bloom.” (Writing by Mitra Taj and Hugh Bronstein; Editing by Frances Kerry)