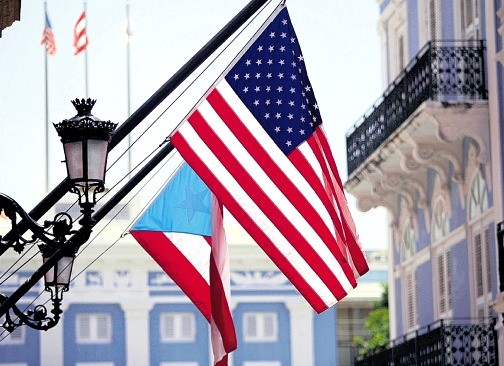 Merely keeping the lights on in troubled Puerto Rico is about to get harder.

Electricity prices in Puerto Rico are going up 8% by late July or early August. But that’s just the beginning. By early 2017, rates are expected to jump 26%, if the island’s electric authority (known as PREPA) gets its way.

It’s the latest blow to the people and businesses of Puerto Rico who are living through a major economic crisis. Taxes have gone up (the sales tax is now 11.5%), jobs are scare (unemployment is 11.7%), home values are plummeting. People are literally fleeing the island at a rate not seen since the 1950s “West Side Story” era.

“Everything is more expensive in Puerto Rico right now,” says Father Enrique Camacho, head of the Catholic Charities on the island. “People are really not able to pay for utilities, rent, or school for their children.”

Camacho has lived in Puerto Rico all of his life. He’s never seen it this bad. Every day people come to his organization to seek help paying their rent or utilities.

Three years ago, Catholic Charities aided about 75,000 people on the island. Now it’s gone up to 100,000, Camacho says. Even people who have jobs — middle class people — are coming for help.

“My own brother had to leave Puerto Rico for Miami. The company he was working for here in Puerto Rico was going to close. He was offered double his salary in Miami,” Father Camacho told CNNMoney.

Puerto Rico has been in an economic slump for nearly a decade. The government has run up a massive debt — over $ 70 billion — for a variety of reasons.

PREPA was one of many government entities that borrowed far more money than it should have. The island’s electric utility is in desperate need of cash, which is why it proposed the rate hikes. In the meantime, it is also getting concessions from creditors by delaying payments to them and offering lower interest rates to some bondholders.

The electric rate hikes are another reminder that the pain from Puerto Rico’s crisis continues to hurt people, and will for some time. On Thursday night, Congress passed a bill to help Puerto Rico work out its debt. It was a bipartisan bill crafted with the Republican Congress and President Obama’s administration.

The bill creates an Oversight Board to manage Puerto Rico’s finances and come up with a plan on how to solve the debt crisis. There’s a long way to go before that plan is finalized, and it’s possible it could include more hits to taxpayers and bondholders — many of whom are also the island’s residents.