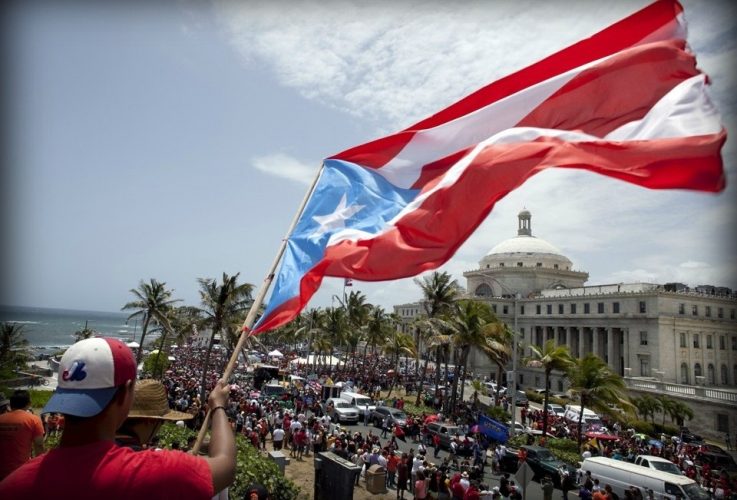 Puerto Rico’s next crisis is imminent

Puerto Rico has a huge bill to pay by July 1.

The island owes its creditors nearly $ 2 billion. Puerto Rico doesn’t have the money to pay. The best hope now for Puerto Rico is the U.S. Senate.

On Wednesday, the Senate advanced a bill known as PROMESA (the Spanish word for “promise”) to help the island deal with its $ 70 billion debt burden. Just about everyone is urging the Senate to pass the bill ASAP.

It’s not a bailout, the authors of the bill insist. The bill won’t provide any money to pay the debt. But it would give Puerto Rico immediate relief by preventing bondholders from filing more lawsuits and installing a fiscal Oversight Board to come up with a plan to finally solve the crisis.

The House has already passed PROMESA with bi-partisan support. President Obama says he’ll sign the bill as soon as it lands on his desk.

“We are in favor of PROMESA. We certainly hope the Senate will approve this in the next couple of days,” says Jorge Irizarry. He’s the head of Bonistas del Patio, a group representing the more than 60,000 Puerto Ricans who hold the islands bonds and could lose big if they aren’t paid.

Why July 1 is so important

This may sound like deja vu. Puerto Rico has already defaulted three times, but the July 1 payment is different.

If Puerto Rico misses this one, it will be the first time since 1933 that a state or territory (Puerto Rico is a territory under U.S. law) fails to pay its general obligation bonds on time, says Cate Long, an expert on government bonds and head of the Puerto Rico Clearinghouse, a research firm.

General obligation bonds are the creme de la creme of the bond world. Payment is supposed to be guaranteed.

“In the Puerto Rican constitution it requires the general obligation bond payment to be made before any other expenditure of the government,” says Long.

What comes next for Puerto Rico

Long is “100% sure” the U.S. Senate will pass the bill by this weekend. If that happens, Puerto Rico is still expected to miss the July 1 bond payment, but is likely to at least pay the interest due to bondholders. Then the following provisions kick in:

1. Creditors won’t be able to sue the island for several months.

2. An Oversight Board will be put in place on the island to take stock of the finances and come up with a plan to pay back the debt. That plan may include restructuring the debt so bondholders get paid back later than originally thought or even paid back a bit less.

3. Congress creates a commission to figure out how to spur economic growth on the island.

Puerto Rico’s economy has been contracting for almost a decade. People are literally fleeing the island in search of better jobs in Florida, Texas and elsewhere in the mainland U.S. The island has lost about 10% of its population in the past decade.

Taxes have gone up. Services have gone down. Home prices are plummeting, and a doctor a day is leaving the island.

“The bottom line is it’s the economy. We need economic growth. That’s the only thing that will get Puerto Rico back on its feet,” says Irizarry of the bondholders group.