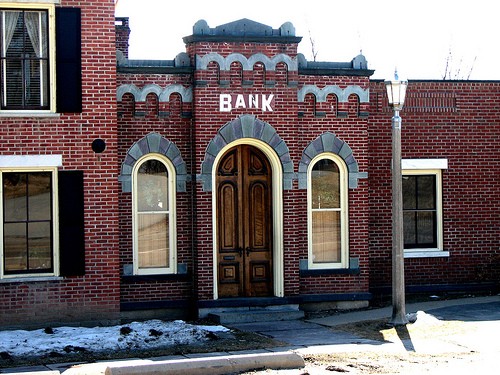 Robo-advisors and online-only banks may pose a threat to traditional banks, but bank branches are likely here to stay—at least for a little while longer, according to a new survey.

Although some consumers are leaving banks entirely, the majority, 87%, still crave human contact. Even most millennials, 86%, say they will use a bank branch at least two years from now, according to a Accenture survey that polled over 4,000 bank customers in the U.S. and Canada.

But that preference for human interaction hasn’t stopped consumers from leaving behind traditional banks. Roughly 4% of U.S. consumers left their bank joined a non-traditional provider, such as an online-only bank, payment provider, retailer, or insurer—largely due to the lower cost.

“Consumers no longer view switching banks as a hassle, which puts pressure on firms to not only attract new customers, but find ways to keep existing customers loyal,” continued Edmondson. “According to our research, 79% of consumers consider their relationship with their bank to be purely transactional.”

“In fact, 45% of consumers said the top reason they would stay loyal to their bank is if it offered discounts on purchases of interest,” the report stated.