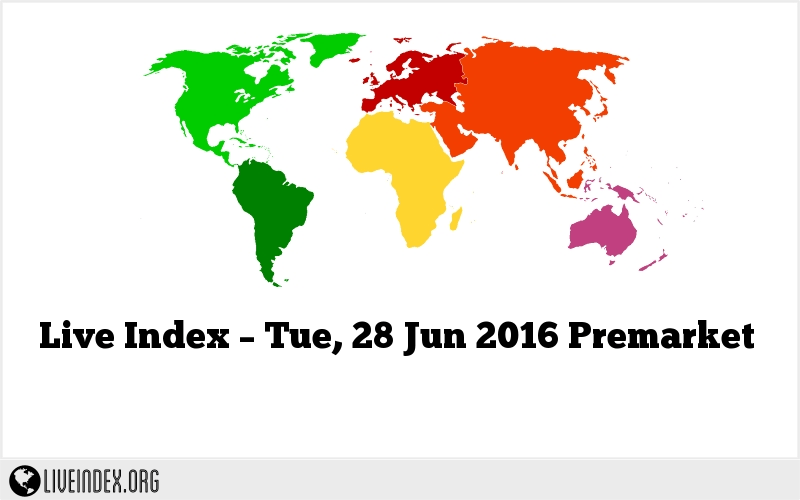 Sep E-mini S&Ps (ESU16 +0.97%) are up sharply by +1.06% and European stocks are up +2.52%, the first gains in U.S. and European equity markets since last Thursday’s Brexit vote, on optimism that global central banks are committed to limit the fallout from the UK’s exit of the European Union. A weaker dollar has fueled a rally in commodities, which has boosted energy and raw-material producing stocks, while strength in European banks has lifted U.S. bank stocks. Asian stocks settled mostly higher: Japan +0.09%, Hong Kong -0.27%, China +0.58%, Taiwan +0.55%, Australia -0.66%, Singapore +0.98%, South Korea +0.33%, India +0.46%. Japanese stocks erased early losses and closed higher after USD/JPY rose and after the Nikkei newspaper reported that a 20 trillion yen ($ 196 billion) stimulus proposal has been submitted to Prime Minister Abe by a senior official in his party.

Equity conferences during the remainder of this week include: J.P. Morgan Inaugural Energy Equity Investor Conference on Mon-Wed.

Dow Chemical (DOW -3.10%) said it plans to eliminate about 2,500 jobs and shut plants in North Carolina and Japan and sees $ 410 million to $ 460 million in charges in Q2 as it restructures Dow Corning ownership.

Tesla Motors (TSLA +2.80%) was downgraded to ‘Hold’ from ‘Buy’ at Argus Research

Regulus Therapeutics (RGLS -5.29%) plunged 60% in after-hours trading after the FDA said that the company’s hepatitis C treatment RG-101 has been placed on clinical hold after a second serious event of jaundice occurred in a patient taking the RG-101.

Ziopharm Oncology (ZIOP -5.85%) rose nearly 2% in after-hours trading after the company said immunologic activity after its gene therapy candidate IL-12 suggests that no further dose escalation will be necessary and optimal dosing may be reached sooner than initially expected.

September E-mini S&Ps (ESU16 +0.97%) this morning are up sharply by +21.00 points (+1.06%). Monday’s closes: S&P 500 -1.81%, Dow Jones -1.50%, Nasdaq -1.98%. The S&P 500 on Monday sank to a 3-1/2 month low and closed lower on negative carryover from the slump in European stocks to a 4-1/2 month low on continued fallout from last Thursday’s Brexit vote. In addition, energy producer stocks were weak after the price of crude oil fell -2.75% to a 2-week low. Bank stocks sold off after S&P Global Ratings cut the UK’s credit rating by two levels to AA from AAA with a negative outlook citing “the risks of a marked deterioration of external financing conditions.”

Sep 10-year T-note prices (ZNU16 -0.11%) this morning are down -7 ticks. Monday’s closes: TYU6 +29.00. FVU6 +14.75. Sep T-notes on Monday closed higher on continued safe-haven demand after the S&P 500 fell to a 3-1/2 month low and on the sharp reduction in expectations for Fed tightening due to the Brexit vote, with the market now ascribing virtually no chance for a Fed rate hike this year.