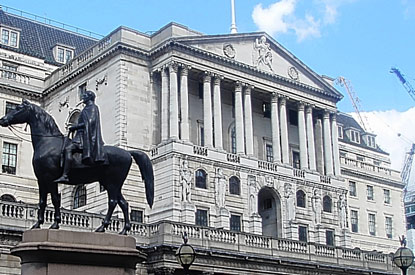 Following the 52% win vote to leave the European Union, financial markets remained in turmoil with the Sterling Pound plunging to all time low in three decades. Bank of England governor has however assured the country that necessary steps shall be taken to ensure the stability of the country’s economy.

BoE Governor Mark Carney said “The Bank of England is monitoring developments closely.” His remarks came after the BREXIT vote spurred a 10% decline in the value of sterling, and a drop in government bond yields to a new record low.

The BoE continued to say, “It has undertaken extensive contingency planning and we are working closely with Her Majesty’s Treasury, other domestic authorities and overseas central banks.”

Recently, the BoE warned leaving the EU –which imports almost half of Britain’s exports, could impact the economy negatively. Moreover, inflation could be pushed up due to a hard hit on the sterling therefore complicating any decision regarding cutting interest rates.

According to analysts at Citi, Interest rate futures FSSZ6 priced in a high chance of a BoE rate cut by the end of the year.
While the economy was already slowing as the nation approached the referendum vote, BoE Governor Mark Carney said in May that the economy could suffer a technical recession – a contraction in two consecutive quarters – in the event of a vote to leave the EU.

Earlier this year, Carney said “Brexit vote would also test the ‘kindness of strangers’ who fund the country’s big current account deficit.”
There will be no immediate change in the way people travel, and good and services move within the EU. However, it will take time for United Kingdom to establish Fresh relationships and business deals with Europe and the world. Additionally, the country must be prepared for some market and economic volatility as the exit process continues.

The BoE and treasury have stressed they are well prepared for this and will continue with contingency plans to keep the economy moves forward. The bank said it will not hesitate to take additional measures as required as financial markets adjust.

The current capital requirements of UK’s largest banks are ten times higher than before the crisis, and these adjustments will be supported by a strong UK financial system. As a result of BREXIT, UK banks have raised over £130 billion of capital, and now have more than £600 billion of high quality liquid assets.