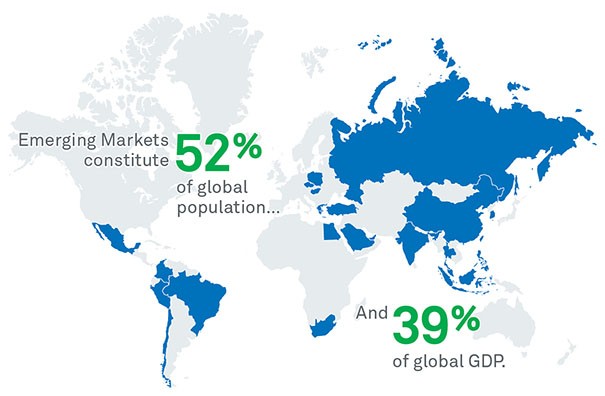 IN JULY 2008 outraged investors in Karachi, Pakistan’s commercial capital, pelted the local stock exchange with stones after a plunge in share prices. In Lahore investors blocked the road to the city’s exchange with burning tyres. In Islamabad a mob set fire to share certificates. The panicked exchanges simply prohibited further declines, imposing a “floor rule” that barred prices from falling below the level of August 27th 2008.Emerging markets are, by definition, edgier places to invest than developed ones. But not anything goes. A prominent emerging-market benchmark compiled by MSCI, an index provider, includes only 23 stockmarkets that satisfy its criteria for size, liquidity and openness to foreign investors. Those that do not make the cut are relegated to an index of “frontier markets” or left out of MSCI’s international indices altogether. That was Pakistan’s fate in December 2008, when it was stripped of emerging-market status.

The countries that still carry that status are an odd mix. Some are surprisingly wealthy: Qatar is are richer than Americans. Others are strikingly poor. India, for example, has a GDP per person of only $ 1,600 at market exchange rates, lower than all but two of the frontier markets (see chart). Indeed MSCI does not take income per person into account when distinguishing emerging from frontier markets. India qualifies for other reasons. Because of its sheer size and institutional sophistication, its stockmarket is relatively vast. It boasts no fewer than 73 listings that meet MSCI’s criteria for heft and liquidity.

China is the biggest emerging market by far, accounting for about a quarter of the index’s value. But only Chinese stocks listed in Hong Kong and America qualify for inclusion. Mainland shares will remain ineligible for now, MSCI decided on June 14th, largely because China permits foreign investors to repatriate only 20% of their holdings each month and insists on vetting all products linked to its shares.

Other emerging markets suffer from smallness. Only three of Peru’s listed companies are big enough (with a market capitalisation of at least $ 1.27 billion) and liquid enough (with at least 15% of its shares changing hands each year) to qualify. If the number of eligible firms falls below three, MSCI said this week, Peru would be ejected from the emerging-market club.

What about Pakistan? It long ago rescinded the floor rule, and now boasts nine eligible firms. This week, therefore, MSCI said it would readmit Pakistan to its emerging-market index in May 2017. It will be the poorest member. The news was enough to lift the Karachi Stock Exchange to a record, over 322% higher than the floor set back in 2008.