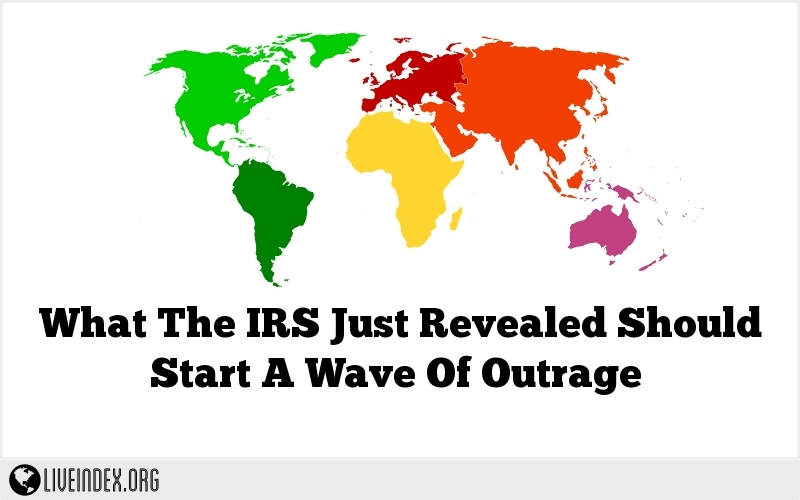 What The IRS Just Revealed Should Start A Wave Of Outrage

Just imagine if this had been a Republican presidential administration these past seven years. The media would have been all over it like white on rice. However, for some very apparent reason, the liberal progressive media has dismissed or ignored scandals, faults, issues of deception, lies, abandonment of Americans to die, and tyrannical unconstitutional actions. Now the IRS has finally revealed its nefarious actions to us all – and it’s far worse than we thought.

As reported by the Washington Times,

The tax agency filed the list last month as part of a court case after a series of federal judges, fed up with what they said was the agency’s stonewalling, ordered it to get a move on. The case is a class-action lawsuit, so the list of names is critical to knowing the scope of those who would have a claim against the IRS. But even as it answers some questions, the list raises others, including exactly when the targeting stopped, and how broadly the tax agency drew its net when it went after nonprofits for unusual scrutiny.

The government released names of 426 organizations. Another 40 were not released as part of the list because they had already opted out of being part of the class-action suit. That total is much higher than the 298 groups the IRS‘ inspector general identified back in May 2013, when investigators first revealed the agency had been subjecting applications to long — potentially illegal — delays, and forcing them to answer intrusive questions about their activities.

Tea party and conservative groups said they was the target of unusually heavy investigations and longer delays, Edward D. Greim, the lawyer who’s pursuing the case on behalf of NorCal Tea Party Patriots and other members of the class, said the list also could have ballooned toward the end of the targeting as the IRS, once it knew it was being investigated, snagged more liberal groups in its operations to try to soften perceptions of political bias.

Sixty of the groups on the list released last month have the word “tea” in their name, 33 have “patriot,” eight refer to the Constitution, and 13 have “912” in their name — which is the moniker of a movement started by conservatives.

Another 26 group names refer to “liberty,” though that list does include some groups that are not discernibly conservative in orientation. Among the groups that appear to trend liberal are three with the word “occupy” in their name. And then there are some surprising names, including three state or local chapters of the League of Women Voters — a group with a long history of nonprofit work.”

There should be a wave of incredible outrage all across the nation knowing this has occurred. Lois Lerner should not be sitting back enjoying a nice six-figure tax payer-funded pension. Now, imagine if this were a Republican administration and the preponderance of these groups were liberal progressive? There’s no doubt t the manner of stories would be incessant and rampant — much like Abu Ghraib. It must be accepted that the liberal progressive left will leverage the power of the federal government against the common American citizen.

After the 2010 midterm election cycle President Obama and the left knew there was no way they could allow for a constitutional conservative grassroots movement to go forward. So they came up with the treacherous scheme of using the tax collection agency to undermine the effort.

In other words, the president of the United States turned the government on his own people — well, I suppose we’re not his own people. We still have to hear about the breaking and entering of Watergate, but mum’s the word on something as horrific as this. This was a widespread and calculated strategy, and if anyone wants to believe the president of the United States of America wasn’t cognizant of this activity, well, they’re delusional.

And if President Obama wasn’t aware of this, then someone needs to explain to us who is in charge of the federal government — namely, this episode. Yes, I would concur that much lies at the feet of the modern-day Rasputin, Valerie Jarrett. But, Obama can’t come up with some “plausible deniability” excuse. I suppose he also had no idea Ben Rhodes was lying about the Iranian nuclear deal or creating a false narrative about the Benghazi incident. And yes, I will continue to address Benghazi since four Americans no longer walk this earth — while those who abandoned them still do.

We may not know the full extent of the tyranny of the Obama administration until years afterwards. However, we should be careful about turning this country over to another tyrant.

I have to admit, I just don’t hear much discussion, reference, and quotes by the remaining three presidential candidates regarding the Constitution and individual rights. I’m not talking about populist messaging. I want to know how we shall restore this Constitutional Republic to its standing and regard for individuals and their right to petition the government for redress of grievances.

This is a very serious issue and it needs to be addressed — this should be a critical item to bring to the awareness of the American people. We truly do not need to be talking about someone’s individual court case. The fact that the Internal Revenue Service has released a list of groups that they targeted should not go unnoticed. This is a critical message point. And the liberal progressive left must be forced to admit if they do or do not consent to this type of abhorrent behavior.

It can no longer be dismissed as having never happened. What America do we live in that an agency can produce a target list? And it would be interesting to see the exact dates for each group when they were first targeted — I bet that would be rather revealing.

Here we thought we lived in a free country. Sadly it seems the last seven years have been anything but.