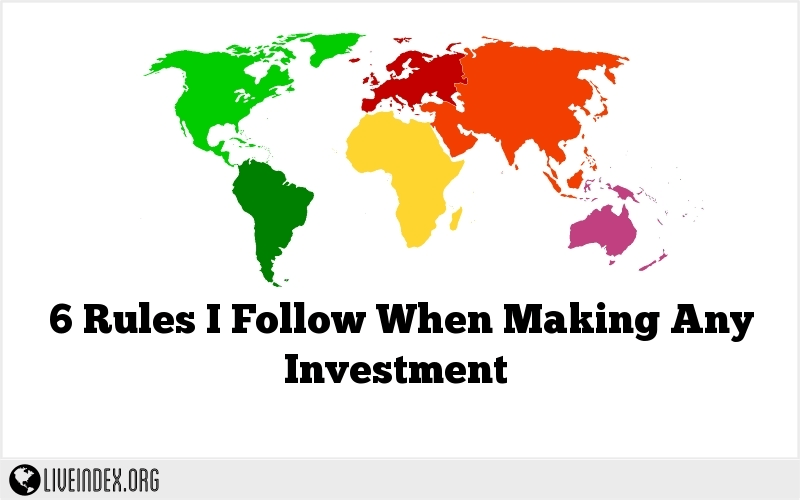 This morning as I glanced at the headlines, I had to sit back and wonder– when did the world get so crazy?

Interest rates across the West are at zero or negative.

Bankrupt governments are selling 100-year bonds with tiny interest rates, while others have convinced investors to pay for the privilege of loaning them money.

What really gets me is that people aren’t laughing. Serious investors are buying up the $ 10+ trillion worth of negative-yielding debt issued by bankrupt governments as fast as they can.

After all, everyone else is doing it.

Yesterday I told you how, at age 20, I borrowed a bunch of money and did what everyone else was doing at the time– buying Internet stocks at the height of the dot-com bubble in 1999.

I lost everything within a year.

And ever since I left the military more than a decade ago, I’ve dedicated a huge portion of my time, money, and effort toward learning from the sharpest people I could find.

I traveled to nearly 120 countries to build relationships with brilliant mentors in order to learn what I never could in school.

For example, I never went to business school.

But based on what I learned from my business mentors, I’ve been able to build five successful companies that now employ over 125 people on four continents.

From my investment mentors, I learned how to not be such an idiot… how to ignore the crowd and focus on the core fundamentals of a business.

One of my value investing mentors explained to me, for instance, that if you’re going to invest in the stock market, you should buy a single share as if you’re buying the entire business.

And he laid out six rules to follow when making any investment:

1. Always consider the risks before even thinking about how much you can make

Startups are a great example; there was a 95% chance that Google was going to fail when it first launched. But the return has been more than 100,000x the initial investment.

Clearly that kind of return is worth the risk.

Conversely, if you buy and hold 5-year Japanese government bonds right now, you’re counting on the second most bankrupt government on the planet to pay you back.

Bear in mind that Japan’s government is so broke they spend 40% of tax revenue just to service the debt.

And in exchange for taking on such substantial risk for five years, your reward is a whopping NEGATIVE 0.25% per year.

In comparison, it hardly seems worth it. Know the risk, and make sure the reward is worth it.

2. Don’t invest unless you know WHY

Before making any investment, have an objective. After all, there are a lot of different reasons to invest.

Sometimes you might be seeking income, i.e. buying rental real estate for the cash flow.

Capital appreciation is another common goal; people are typically looking to turn a $ 100,000 investment portfolio into $ 500,000.

But there are other reasons as well: Asset protection. Hedging against financial/systemic risks. Reducing taxes. Estate planning. You can even invest to gain citizenship.

To accomplish any goal requires careful planning and disciplined execution, whether you’re trying to lose weight or save for retirement.

But you can’t ever create a plan unless you start with a clear objective.

3. Invest in people of integrity who have a track record of success.

Most investments are ‘managed’. Apple is managed by CEO Tim Cook and the Board of Directors.

Investments in government bonds are essentially ‘managed’ by the Treasury Department and all the politicians and bureaucrats.

Any investment with dishonest or incompetent management will ultimately become worthless. It’s simply a question of time.

A great asset managed by competent people of integrity will be a winner.

No exceptions. A profitable business (or any asset that produces safe, strong cash flow) makes sense in any environment: inflation, deflation, stagnation, etc.

Borrowing can be a good thing, especially when interest rates are low like they are today.

But too much debt leaves a company (or government) vulnerable and unable to pay its stakeholders.

6. Know the value of what you’re buying, and never overpay for it.

The bonds of bankrupt governments are selling at record levels right now. Tech companies like Uber that lose hundreds of millions of dollars have valuations in excess of $ 60 billion.

None of this makes any sense.

There’s something to be said for investing in growth, especially when you can get in at a very early stage (like being an early investor in Google).

But paying out the nose to buy losing companies or bankrupt government bonds makes no sense.

Know exactly what a company is worth. With stocks, for example, you can look at a company’s “net tangible assets” — all of its physical, disposable assets minus its liabilities.

Buying well-managed, profitable companies that sell near (or even below) the values of their net tangible assets provides a substantial margin of safety.

This is a core principle of value investing. The whole concept is to essentially buy a dollar for 80 cents.

If you’re just getting started and you don’t yet understand a lot about finance, definitely learn about value investing.

The idea is incredibly simple, and its proven long-term track record outperforms all the other popular hotshot strategies.

It’s a fantastic foundation to your financial education, which is truly one of the best investments you can make.