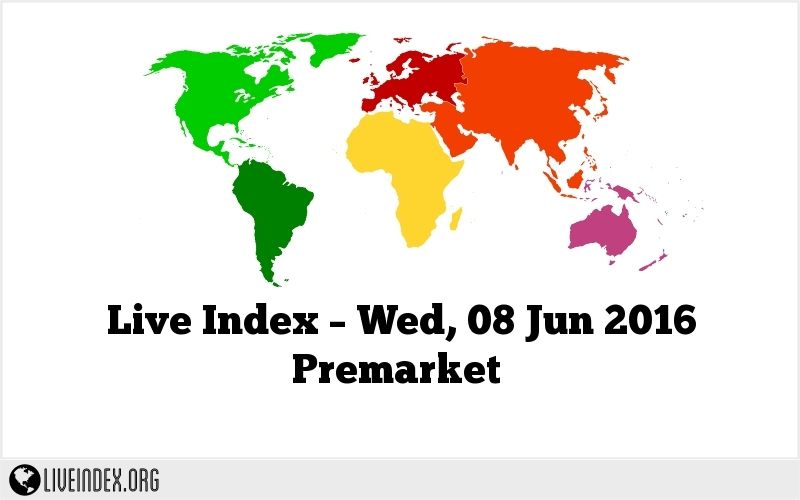 Fiat Chrysler Automobiles NV (FCAU +3.85%) rose nearly 3% in pre-market trading after it was said to habe started talks on a partnership with Uber Technologies.

Lending Club (LC -7.38%) climbed over 3% in pre-market trading after a report that its former CEO and chairman has spoken to buyout firms and banks about a possible takeover of the company.

Ardmore Shipping (ASC -0.61%) dropped over 8% in after-hours trading after it proposed a 7.5 million share public offering of common stock.

Lending Club (LC -7.38%) gained over 2% in after-hours trading after it was raised to ‘Market Perform’ at KBW.

HealthEquity (HQY +2.26%) climbed over 4% in after-hours trading after it reported Q1 adjusted EPS of 15 cents, better than consensus of 13 cents, and then raised guidance on full-year adjusted EPS to 47 cents-49 cents from a March 22 view of 45 cents-47 cents.

Flexion Therapeutics (FLXN -3.83%) tumbled over 11% in after-hours trading after it announced a $ 60 million offering of common stock.

June E-mini S&Ps (ESM16 +0.18%) this morning are up +3.25 points (+0.15%). Tuesday’s closes: S&P 500 +0.13%, Dow Jones +0.10%, Nasdaq -0.23%. The S&P 500 on Tuesday rallied to a 10-1/2 month high and closed higher on carryover support from a rally in European stocks on positive European economic data after Eurozone Q1 GDP was revised upward and after German Apr industrial production rose more than expected. Stocks were also boosted by gains in energy-producers after crude oil prices climbed to an 8-month high.

September 10-year T-note prices (ZNU16 -0.04%) this morning are down -1.5 ticks. Tuesday’s closes: TYU6 +2.50, FVU6 +2.00. Sep T-notes on Tuesday closed higher on positive carryover from a rally in German bunds as the 10-year bund yield fell to a record low 0.045%. T-notes also continued to receive support from the reduced prospects for a near-term Fed rate hike after Fed Chair Yellen on Monday refused to set any time line for when the Fed may raise rates again.