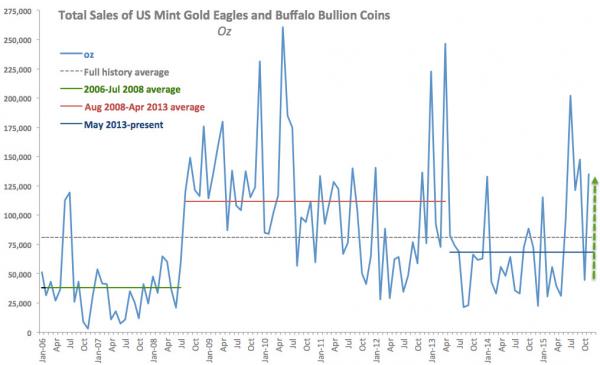 Hedge Funds Have Never Been This Short Gold

As noted in my note covering October sals, October decline was a correction reflective of volatile demand and also significant uplift in sales in previous months. As chart above shows, sales by weight are now well above period average and above peak period average. In 11 months of 2014, US Mint sold 679,500 oz of gold coins; over the same period of 2015 sales totalled 1,020,000 oz.