World shares sank to two-year lows on Wednesday, hammered by spiralling borrowing costs that intensified fears of a global recession and sent investors into the arms of the safe-haven dollar.

Yields on U.S. 10-year Treasuries topped 4.0% for the first time since 2010 as markets wagered the Federal Reserve might have to take rates past 4.5% in its crusade against inflation.

The pound came under fire again on the back of a renewed surge in UK bond yields that have driven the government’s borrowing costs above those with heavier debt burdens such as Greece or Italy.

Central banks around the world have jacked up interest rates in the last week and said they would do whatever it takes to fight red-hot inflation, particularly as the northern hemisphere winter risks exacerbating a global energy crunch.

In Europe, the STOXX 600 (.STOXX) shed 1.2% in early trading, led by declines in industrials such as steelmaker ThyssenKrupp (TKAG.DE) and aluminium maker Norsk Hydro (NHY.OL).

European government bonds came under pressure again as the region’s energy crisis intensified following a series of incidents that caused leaks on the Nord Stream pipeline.

“European sovereign yields have soared to multi-year highs amid concerns about UK policy-making and a right-ward shift of Italian politics in the midst of still elevated inflation,” wrote analysts at JPMorgan in a note.

“The Italian 10-year spread to the German Bund has eclipsed 250bp, well above the 200bp mark we believe makes the ECB uncomfortable.”

Shaking investor confidence has been the collapse in sterling and UK bond prices, which could force some fund managers to sell other assets to cover losses.

Underlining the risk of yet higher interest rates, the chief economist at the Bank of England said the tax cuts would likely require a “significant policy response”.

Moody’s on Tuesday told the British government that large unfunded tax cuts were “credit negative” and could undermine the government’s fiscal credibility.

At the heart of this most recent sell-off was the British government’s so-called “mini-budget” last week that announced a raft of tax cuts and little in the way of detail as to how those would be funded.

Gilt prices have plunged, the pound has hit record lows as a result.

George Saravelos, global head of FX strategy at Deutsche Bank Research, said investors now wanted more to finance the country’s deficits, including a 200-basis-point rate hike by November and a terminal rate up at 6%.

“This is the level of risk premium that the market now demands to stabilize the currency,” said Saravelos. “If this isn’t delivered, it risks further currency weakening, further imported inflation, and further tightening, a vicious cycle.”

The safe-haven dollar has been a major beneficiary from the rout in sterling, rising to a fresh 20-year peak of 114.680 against a basket of currencies.

The dollar also touched a record high on the offshore-traded Chinese yuan at 7.2387, having risen for eight straight sessions.

The mounting pressure on emerging market currencies from the dollar’s rise is in turn adding to risks that those countries will have to keep lifting interest rates and undermine growth.

The ascent of the dollar and bond yields has also been a drag for gold, which was hovering at $1,624 an ounce after hitting lows not seen since April 2020. 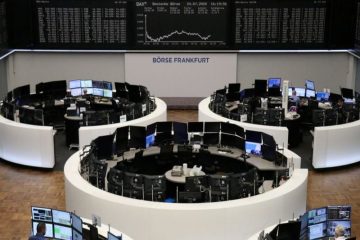