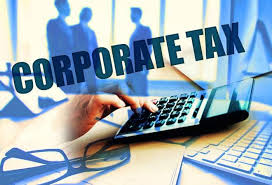 A global deal to ensure big companies pay a minimum tax rate of at least 15% and make it harder for them to avoid taxation is set to be finalised on Friday after Ireland, Estonia and Hungary agreed to sign up, leaving a few holdouts isolated.

The agreement aims to end a four-decade-long “race to the bottom” by governments that have sought to attract investment and jobs by taxing multinational companies only lightly and allowing them to shop around for low tax rates.

Negotiations have been going on for four years, moving online during the pandemic, with support for a deal from U.S. President Joe Biden and the costs of COVID-19 giving additional impetus in recent months. Some 140 countries are now involved.

The Paris-based Organisation for Economic Cooperation and Development, which has been leading the talks, is due to announce the outcome of Friday’s discussions around 1600 GMT.

The agreement will set a minimum corporate tax rate of 15% and let governments tax a greater share of foreign multinationals’ profits.

It aims to prevent big groups from booking profits in low-tax countries like Ireland regardless of where their clients are, an issue that has become ever more pressing with the rise of tech giants that easily do business across borders.

Ireland and Estonia dropped their objections earlier on Thursday while Hungary said on Friday that it would sign up.

Finance Minister Mihaly Varga told reporters Hungary’s demand for a 10-year transition period had been met “so Hungary could join the deal with a good heart”. read more

“This is a difficult and complex decision but I believe it is the right one,” Irish Finance Minister Paschal Donohoe said after Ireland agreed to give up its prized 12.5% tax rate for large multinationals. read more

Argentine Economy Minister Martin Guzman said on Thursday that proposals on the table forced developing countries to chose between “something bad and something worse”.

Holdouts cannot block the deal from going ahead, but they do risk not reaping benefits from it, meagre though they may be.

While Argentina reluctantly signed up to a previous version of the deal, Kenya and Nigeria have both held out while India, which had also backed the previous version, has since flagged concerns.

Once a deal emerges on Friday, it will then go to finance ministers from the Group of 20 economic powers to formally endorse at a meeting in Washington next week.

However, there remains some question about the U.S. position which depends in part on tough domestic tax reform negotiations going on in Congress.

Countries that back the deal are supposed to bring it onto their law books next year so that it can take effect from 2023, which many officials close to the talks describe as extremely tight.