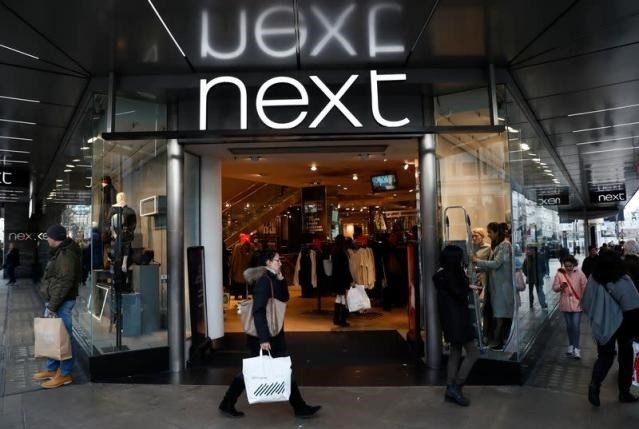 British fashion retailer Next  lifted its profit forecast on Wednesday after pent-up demand for adult clothes and warm weather helped it smash sales forecasts for the last 11 weeks.

The mainstay of Britain’s shopping streets said full-price sales jumped 19% over the 11 weeks compared with the same period two years ago, before the disruptions of the pandemic, far above its forecast for 3%.

The company said pretax profit for the year to January 2022 would be about 750 million pounds ($1 billion) under its central guidance, an increase of 30 million pounds.

It put the sales surge down to a combination of pent-up demand for adult clothes after 18 months of pandemic restrictions, warmer weather at the end of May and start of June, and an increase in spending as shoppers take fewer holidays abroad and dip into savings built up in lockdowns.

British retailers reported a record annual increase in sales in the three months to the end of June, the British Retail Consortium said earlier this month, with a 28.4% rise on a year earlier and 10.4% on two years ago.

Next, which runs the online Directory business alongside its stores, said it did not expect sales to remain at an exceptionally strong level, but it was optimistic about the second half, when it sees sales up 6% on levels two years ago.

The increase in profit guidance would have been higher had it not decided to repay 29 million pounds of business rates relief, accounting for the time its shops were open. It said it had taken the decision after consulting major shareholders.

Next forecast surplus cash for the year to be 240 million pounds, which it plans to give to shareholders via special dividends. It will pay the first – valued at 110 pence a share – in September.