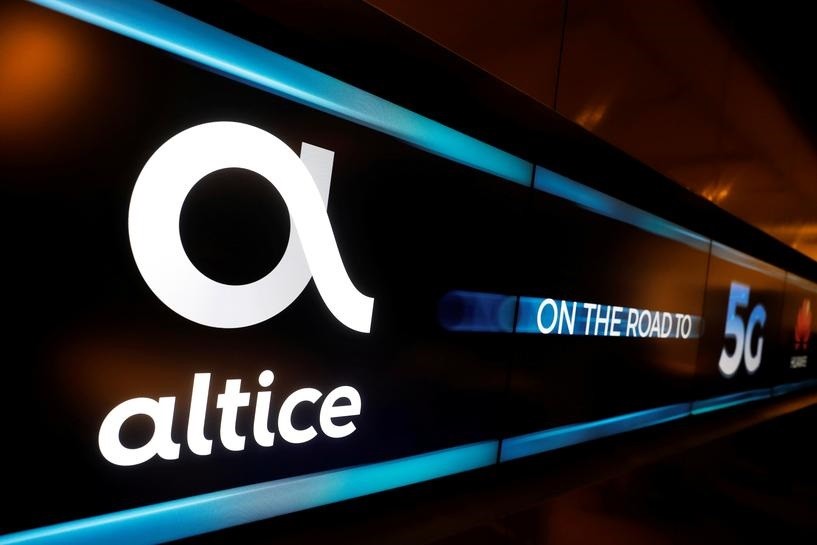 Drahi’s Next Alt announced the holding in a statement on Thursday which drove BT’s shares to a 17-month high. They were trading up 3% at 189 pence at 0910 GMT.

Next Alt, whose Altice France owns SFR, the second largest telecoms operator in France behind Orange, said it had no intention of making a takeover offer for BT.

The British company said it noted Altice’s statement of support for its management and strategy.

“Altice holds the board and management team of BT in high regard and is supportive of their strategy,” Altice UK, a company formed for the purpose of holding the BT stake, said.

The stake puts Altice ahead of Deutsche Telekom, which owned 12.06% of BT based on recent filings, Refinitiv data shows.

“Altice UK has informed the BT board that it does not intend to make a takeover offer for BT,” it added.

BT, Britain’s biggest broadband and mobile operator, is recasting itself as the British national champion to upgrade the country’s broadband network.

It plans to extend fibre broadband to 25 million homes and businesses by 2026, and it is seeking a partner to help fund the work.

“We welcome all investors who recognise the long-term value of our business and the important role it plays in the UK. We are making good progress in delivering our strategy and plan,” BT said in a statement following Altice UK’s announcement.

BT is also considering selling a stake in its sports TV operation to help fund its network investments.

Analysts at Jefferies said the investment was a “signal of confidence” in BT’s strategy.

They said Deutsche Telekom had retained its stake, but noted that the symmetry between the holdings suggested a connection, particularly in the absence of disclosed selling by other shareholders.

“A key issue now is how Altice intends to unlock value,” they said, adding that encouraging BT to spin off its independently operated Openreach network seemed most likely.

Altice UK has ruled itself out of making a full takeover offer for six months by virtue of its statement.

Drahi, who lives between Switzerland, the United States and Israel, bought cable company Numericable in the early 2000s, and later acquired SFR from Vivendi. He recently took SFR private in a buyout.

He also controls France’s most-watched news channel BFM TV, and owns the largest telecoms firm in Portugal and the second largest operators in both Israel and the Dominican Republic.

Praised for his financial acumen, he suffered a fall from grace in 2017 when Altice Europe’s shares plummeted after a report signalled it would not grow in France, fuelling fears that his group would not be able to pay its huge debts.

Drahi responded to investor concerns by ousting the chief executive and spinning off Altice’s U.S. arm.