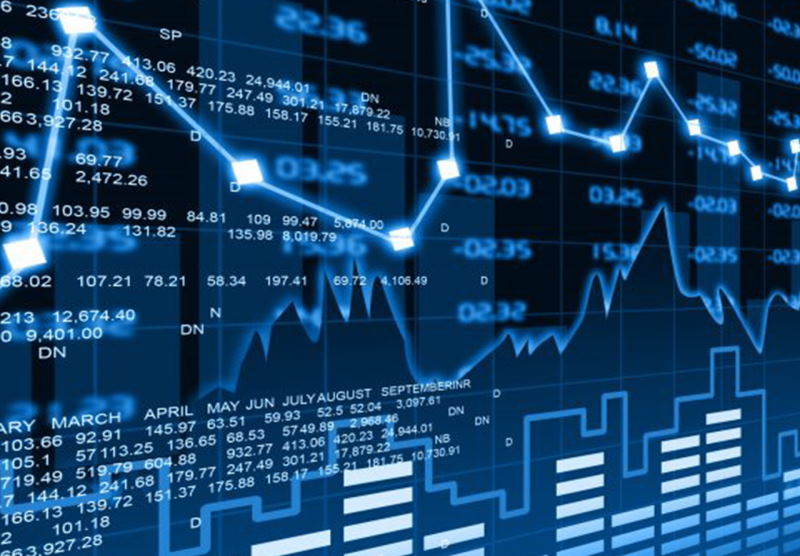 Some of Wall Street’s biggest names are predicting a pause in a rally that has taken the S&P 500 (.SPX) to fresh records this year, leaving investors trying to determine whether to lock in some of the breathtaking gains or stay the course.

Among the most recent has been Goldman Sachs, whose analysts on Wednesday said an expected second-quarter peak in U.S. growth could be tied to weaker stock returns. Morgan Stanley earlier this week warned stocks would soon face headwinds. Deutsche Bank this month called for a pullback of as much as 10% in the S&P 500 as growth decelerates, and BofA Global Research backed a year-end target for the index about 8% below current levels.

A comparatively long period without a serious drop in stocks has also made some investors uneasy. The S&P 500 has declined at least 5% every 177 calendar days, according to Sam Stovall, chief investment strategist at CFRA. The latest market advance has lasted 211 days without such a drop.

“I wouldn’t be surprised to see some kind of pullback for no particular reason other than people start to think maybe this is a little bit ahead of itself,” said Robert Pavlik, senior portfolio manager at Dakota Wealth.

The flurry of warnings present a conundrum for some investors. While many would like to protect profits from the market’s 85% run since last year’s pandemic low, pullbacks over the past year have been difficult to time and followed by sharp rebounds, bolstering the case for holding on and buying more when stocks dip.

The S&P’s two significant declines since March 2020 have averaged a drop of around 8%, lasting 12 days on the way down and taking 45 days to regain lost ground, according to Stovall. In both cases, the market went on to new highs weeks later, a pattern some have attributed to unprecedented monetary and fiscal stimulus buoying investor confidence.

“Since the bear market of March of last year, buying dips has been handsomely rewarded,” said Randy Frederick, vice president of trading and derivatives for Charles Schwab.

Since the lows of the Great Financial Crisis, the index has climbed 511%, despite five drops of 10% or more and the 34% fall last March, offering investors another argument for buying and holding.

Nevertheless, some are bracing for potential turbulence, reflecting concerns ranging from rising COVID-19 cases, and worries that most of the economic benefits from massive fiscal stimulus have already been priced in. On Thursday, sources said the White House will propose nearly doubling capital gains taxes for the wealthy. read more

In options markets, the one-month moving average of open puts to open calls, a measure of sentiment, is the most bearish in about a year, indicating demand for protection against a decline in stocks.

Options data also show a drop in demand for upside positioning. The S&P’s two-month call skew, an options-based measure of investors’ demand for upside, has fallen sharply since early April.

“Investors are potentially seeing a lack of catalysts for another leg higher,” Susquehanna International Group’s Chris Murphy said in a recent note.

Next week, investors will be keeping a close eye on the Federal Reserve’s monetary policy meeting, as well as a speech by U.S. President Joe Biden to Congress and earnings from companies such as Apple Inc (AAPL.O) and Google-parent Alphabet Inc (GOOGL.O).

One worry is the comparatively rich valuation of stocks, with the S&P 500 trading at 22.3 times forward earnings estimates, compared to a historic average of 15.4 times, according to Refinitiv Datastream.

“The market is expensive, so we have been looking for stocks that still seem to have upside,” said Peter Tuz, president of Chase Investment Counsel in Charlottesville, Virginia.

Still, the market has outperformed analysts’ projections before. A Reuters poll of strategists from May 2020 forecast the S&P 500 ending the year with a marginal decline from that point. Instead, the index went on to rally about 25%. A February 2019 poll projected a 3.8% S&P 500 rise for the rest of that year, when it ended up rising some 15% more.

Even with the market’s run, “you actually can find companies that are not overly expensive right now,” said Scott Schermerhorn, chief investment officer at Granite Investment Advisors.

Sitting in cash, “you are going to make nothing,”