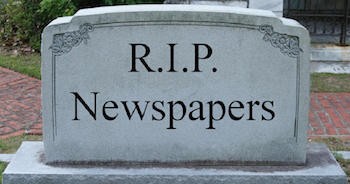 CBS Could Be a Hit Investment

We’ve covered the turmoil in media stocks extensively this summer. In short, investors are worried that this traditionally attractive business model is being uprooted by the Internet in a similar way to how newspapers and magazines were uprooted over the past decade.

The “big media,” video entertainment companies are all over the Magic Formula screens the past few months. Just looking today, I see CBS(NYSE:CBS), Discovery (NASDAQ:DISCK),Scripps (NYSE:SNI), Time Warner (NYSE:TWX), Twenty-First Century Fox (NASDAQ:FOXA) and Viacom (NASDAQ:VIAB) all in the “top 50 over 3 billion” screen. Fiddle with the screening parameters a bit and you can easily get AMC Networks (NASDAQ:AMCX) to show as well.

All of these firms look attractive at current valuations, but for this article let’s put a focus on the first in the list: CBS.

CBS has four reporting segments, but about 80% of revenue and 70% of profits are generated by the company’s entertainment and local broadcasting units, both of which are focused on over-the-air network television. This makes CBS notably different from many of the other MFI media firms that rely primarily on cable networks and movie studios. The bulk of those operations were spun off into Viacom nearly a decade ago.

The entertainment division consists of the CBS network, TV show production and syndication, as well as a film and interactive (gaming) division. CBS broadcast networks reach virtually every household in the U.S., giving it a wide advertising reach that is attractive to sponsors. Forty percent of its TV content is self-produced (and 70% is at least co-produced), consisting of such hit series as CSI and NCIS (and their myriad spinoffs), The Good Wife, Blue Bloods, The Amazing Race and many others.

The CBS networks also have a very strong sports presence, which is important as live sports are virtually immune to time-shifting and video-on-demand competition, and are prime outlets to reach males aged 18-42. CBS owns the rights to the NFL’s AFC conference and several playoff games (including this year’s Super Bowl), splits the NCAA’s March Madness basketball tournament with Turner, carries rights to the most lucrative of college football conferences, the SEC, and has major golf and tennis rights as well.

In addition to its networks, CBS owns 30 of its station affiliates, as well as 117 radio stations.

CBS bills itself as “America’s Most Watched Network” and for good reason. The network has drawn the largest total audience for seven straight seasons, and 12 of the last 13. Large audience capture is a huge boon in several ways. It allows CBS to collect higher ad rates, and gives them a leg up on advertising their own new shows or sporting events.

CBS’s other two units are less important from a business analysis standpoint.

Cable Networks (about 15% of revenues, 30% of profits) are the Showtime networks and the CBS College Sports network. Like most cable channels, these earn a dual revenue stream from affiliate fees (for cable/satellite carriers to carry them) and advertising.

The publishing unit accounts for the remainder. CBS owns the well-known Simon and Schuster book publishers.

The threat of cord cutting to CBS

The entire selloff in big media has been largely attributed to the fear of a mass move away from pricey cable subscriptions and into “over-the-top” (OTT) video on demand provided by Netflix (NASDAQ:NFLX), Amazon (NASDAQ:AMZN), Hulu and apps. So, assuming this trend accelerates (a debatable assumption), how would CBS be affected?

In fact, I think CBS might be one of the more immune media firms to cord cutting. Cable affiliate fees (where cord cutting could really hurt) account for only about 15% of the business vs. 50% or more at many competitors. Network television is a big part of the “cord cutting” plan, particularly as it relates to sports content and current shows.

Also, CBS’s growth plan is taking the cord-cutting phenomenon into account. The firm’s main focuses are to increase retransmission rates for affiliated TV stations and to seek distribution for its shows through the OTT providers. Browsing through Netflix, I see NCIS, CSI:Miami and NY, Blue Bloods and several other CBS series. The firm is embracing this new distribution and profiting from it. That’s what we want to see.

Let’s quickly hit on a few other reasons to like the stock:

The market is applying the same doomsday scenarios that ensnared newspapers to the big media companies, but the situation is markedly different. While literally anyone can cover events in print and photographs, and most can produce informational video, very few have the ability to afford the creative talent and resources it takes to produce quality scripted content and acquire live sports rights. CBS isn’t going anywhere.

CBS should be able to consistently raise its retransmission fees, license its content to the streaming video providers and drive modest increases in affiliate rates for its cable channels. Advertising revenues will always ebb and flow, but next year they should shoot up due to the political cycle. Meantime, CBS is providing double-digit EPS growth through share buybacks alone. I think the stock is worth at least $ 55, and possibly more, giving today’s investors a very healthy margin of safety at under $ 40.